Anemia, or anemia - abnormala condition characterized by decrease in hemoglobin concentration, and in most cases the number of erythrocytes per unit volume of blood. Hemoglobin - a protein that is found in red blood cells (erythrocytes) and transports oxygen from the lungs to the tissues and organs of the body.

Anemia occurs in all periods of human lifeOnly in various diseases, but also in certain physiological conditions, such as pregnancy, during enhanced growth, lactation. The most common cause of anemia - iron deficiency in the body (iron is needed to make hemoglobin). 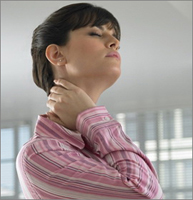 Iron deficiency in the body can be caused by several reasons:

The disadvantage of iron in the diet. This phenomenon is especially common among children andyoung girls. Iron deficiency threatens children who drink a lot of milk, but do not like foods rich in iron, and the girls who observe trendy diets.

Increased growth of the organism. Children under 3 years are growing so fast that their body does not have time to produce the necessary amount of iron.

Pregnancy.Women during pregnancy or breastfeeding (lactating) need two and a half times more iron than men. Therefore, pregnant women are advised to be tested for anemia and enrich the diet with foods high in iron (eg, apples), or take a daily dietary iron supplementation.

Blood loss. This is one of the most common causesiron deficiency in adults. For example, anemia can cause heavy menstruation. Blood loss may also be associated with internal bleeding, such as in the gastrointestinal tract. A stomach ulcer, ulcerative colitis, cancer or long-term use of such drugs as aspirin and the like, can cause stomach or intestinal bleeding. It is therefore important to determine the cause of iron deficiency in the body as quickly as possible.

How to diagnose anemia?

If you suspect that you have anemia, see your doctor. To diagnose anemia prescribe a blood test. necessary to carry out a number of other tests to determine the causes of the disease.

Can I prevent anemia?

Some types of anemia can be prevented inSpecifically, due to lack of iron in the diet. To prevent this anemia, enrich the diet with iron-rich foods, a sample list of which is given below.

How to treat anemia?

How to increase iron intake?

Best of all the body perceives the iron in meat. The consumption of a small amount of meat together with other iron sources, for example, certain vegetables, the body will provide the necessary amount of iron. The combination of iron-containing foods with vitamin C or foods rich in vitamin C (citrus fruits and juices) contributes to a better absorption of iron by the body.

Some foods interfere with the absorption of iron,including coffee, tea, egg yolk, milk protein and soy fiber. Try as much as possible not to use these products in conjunction with the iron-containing products.

Is it dangerous to nutritional iron supplements?

Iron supplements can cause stomach upset, heartburn and constipation. Be sure to tell your doctor if you notice at these side effects.