disease
by admin
Allergic diseases - the scourge of our time, andrhinitis allergic nature - one of the most frequent pathologies in the world: they suffer from 10 to 25% of the population around the world. We are accustomed to the fact that the "snot" do not deserve serious consideration, but in relation to the nature of the allergic rhinitis, this rule does not work.

Spring - a time of joyful is not for everyone. Together with flowering gardens and scented herbs to many come snot, nasal congestion, itching and other unpleasant symptoms. "Allergies!" - We say in such a situation. So what is this disease - allergic rhinitis? 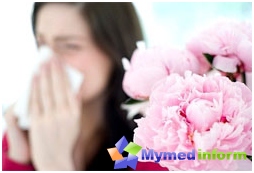 Allergic diseases - the scourge of our time, and runny nose of allergic nature - one of the most frequent pathologies in the world: they suffer from 10 to 25% of the population around the world.

Previously, physicians were divided into two nasal allergiesform: seasonal (the so-called spring hay fever - it is about him and discussed earlier in this article) and permanent (or year-round). Now apply a slightly different classification, which are distinguished by:

And depending on the severity of symptoms and, most importantly, from the inconvenience, delivered his "master", allergic rhinitis is divided into three levels of severity:

Where does it come from: the causes of disease

The cause of allergic rhinitis can be designatedone word: allergen. What it is known to all - a certain substance that is perceived by the body as foreign, dangerous agent found out that, the body begins to fight.

at seasonal allergies provocateurs diseases are the pollen of flowering plants more often (birch, walnut, cereals, poplar fluff, ragweed, and so on. d.). 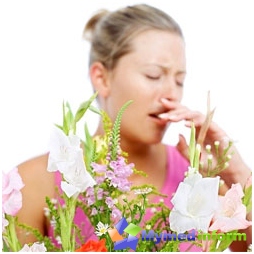 The most important thing - the right diagnosis, and for this it is necessary to know the symptoms of the disease.

For allergic rhinitis is characterized by nature:

In addition to these three "classic" signs mayobserved: watery eyes, itching and redness of the eyes, itching, decreased sense of smell, headache and fatigue. Full "set" of symptoms often is typical for seasonal variants of allergic rhinitis and its permanent shape may be anemic, without itching, sneezing and manifest only mild nasal discharge and obstruction of nasal breathing.

How is it diagnosed? 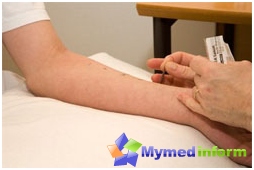 For accurate diagnosis is not enough tofind the above symptoms. They will help to suspect the nature of allergic rhinitis, but confirm the suspicions can only be through a survey. So, what should I do?

Refer to the ENT doctor. With the help of a special nasal mirrorotolaryngologist will examine the nasal cavity, appreciate the color, degree of swelling, the overall condition of the mucous membrane, the nature of discharge from the nose and compare it with the painting, typical of allergic rhinitis.

Then you need to get tested:

Once the nature of allergic rhinitisestablished and there is no doubt you need to try to find out what the substance causes a similar reaction. To do this already should consult an allergist.

So, allergist consultation and, according to testimony, conducting skin tests. To do this, the patient's skin of the forearm is applied to a set of different allergens, then make small punctures, and after a certain time measured the dimensions of the formed blisters.

But, unfortunately, to identify "harmful" substanceIt is not always possible. First, the sample is made only to the most common allergens (and this is the maximum - a few hundred agents), while the number of potential provocateurs tens of thousands. Secondly, the determination of allergen sensitization difficult with several substances simultaneously.

Allergic rhinitis: trifle or a dangerous disease? We are accustomed to the fact that the "snot" do not deserve serious consideration, but in relation to the nature of the allergic rhinitis, this rule does not work. Firstly, allergic rhinitis can cause the development of other diseases, especially asthma. Studies have shown that 90% of patients with asthma, rhinitis begins. And secondly, painful and persistent symptoms common cold severely impair the quality of life of patients.

How to treat allergic rhinitis?

Treatment of allergic rhinitis - employment is quite difficult, in spite of what has to be treated, according to the opinion of the patients, "just snot."

The first - and most important: eliminate the cause! It is necessary to limit the contact of the patient and his "enemy" - the allergen.

With increasing sensitivity to pollen allergens is recommended:

When an allergy to molds is desirable:

At home allergies It recommended:

We draw the attention of readers our website that people with allergies are not suitable household work in dusty and damp areas, the work associated with the care of animals.

Those who are allergic to dander horse contraindicated introduction of products manufactured on the basis of horse serum.

Specific immunotherapy - SIT.
It's quite popular and effective methodtreatment of allergic rhinitis, but it is suitable, unfortunately, not all patients. Sessions SIT conducts allergist and the essence of this method of treatment is as follows: in the patient's body gradually introduce small doses of allergen substances. At the same time people like to "get used" to the provoking agent, and shaped the response of the immune system, blocking the allergic process.

Perhaps SIT and shows you if:

SIT - a rather dangerous procedure, because it can cause choking (angioedema), so the question of its necessity and admissibility is decided individually.

Drug therapy.
Drugs - basic (and well-known) way to treat allergic rhinitis. What are the main groups of drugs used by doctors today: 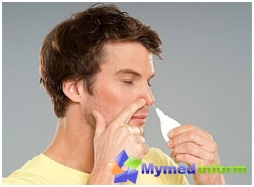 Just remember that for a long period (more than 4-5 days) application of drops can cause drug dependence!

Of course, no one proposes to use all 5 groups of drugs at the same time. There are approximately regimens allergic rhinitis, depending on its severity:

Surgery.
If the patient has irreversible changes of the nasal mucosa, nasal turbinate hypertrophy, cysts, polyps and other abnormalities, surgical treatments are applied.