Home>disease>Symptoms and treatment of gonorrhea

Symptoms and treatment of gonorrhea

disease
by admin
Gonorrhea - is a disease caused by the gonococcus,which is transmitted to the patient's fluids - semen, vaginal secretions, saliva. Gonococcus quickly dies outside the body, so you can not get infected with gonorrhea while swimming in the same pool. Knowing the symptoms and certain precautions, you can protect yourself from this disease. 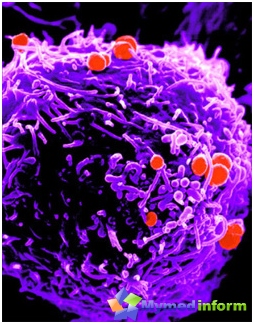 Gonorrhea - is a disease caused by the gonococcus,which is transmitted to the patient's fluids - semen, vaginal secretions, saliva. Gonococcus quickly dies outside the body, so you can not get infected with gonorrhea while swimming in the same pool with the patient or with the use of a toilet. However, knowledge of symptoms and certain precautions, you can protect yourself from this disease.

Gonorrhea proceeds differently in men and women. Men in 2-5 days after infection, there is pain when urinating and yellowish white discharge from the urethra. Urine becomes cloudy, it is possible to see the flakes and threads. It becomes frequent urination, pain in the beginning and at the end of the process. Erection also becomes painful. If you do not see a doctor during this period, pain during urination gradually smoothed out and the disease enters the chronic form. In chronic gonorrhea in men develop complications: loss of seed tubercle, testes, seminal vesicles, and inflammation of the epididymis. Complication of gonorrhea is prostatitis.

In women, gonorrhea is often asymptomatic. And if you have symptoms and then they are often mistaken for other disease: Abdominal pain associated with cystitis, a yellowish vaginal discharge is taken as manifestation of thrush. It takes some time and gonorrhea develops,there is pain while urinating, frequent urge to urinate. Gonokokk climbs up the female genital tract, and one after another to develop the following diseases. Endometritis - inflammation of the lining of the uterus, in which there are severe pain in the abdomen, 38-39S temperature, purulent vaginal discharge, menstrual disorders. Then gonokokk enters the ovaries develop oophoritis - inflammation of the appendages. Salpingo with gonorrhea gives a strong and numerous spikes, because of what the woman forever lose the ability to have children. If gonococcus was not in the vagina, it develops or proctitis (inflammation of the rectum) or gonorrheal pharyngitis (throat inflammation). When proctitis (proctitis is not common among women infected is rare, but it can be even without anal sex, but proctitis in men is found only in homosexuals) the patient suffers from constipation, itching, pain, burning sensation in the rectum. A sore throat is characterized by swelling of the larynx, the increase in submandibular lymph nodes and purulent plaque on the back of the throat and tonsils.

our website drew attention to the fact that ifgonorrhea is not treated, gonococcus spread even further - to begin peritoneal inflammation, which may result in blood poisoning. With infections of the bloodstream into the brain - meningitis begins. If blood enters the gonococcus to the liver or kidneys - begin diseases of these organs.

But all this can be avoided by early treatment. 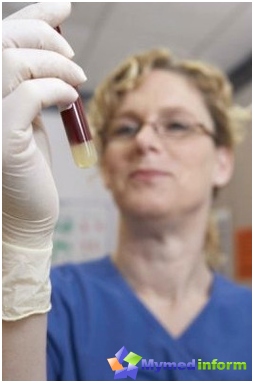 If you suspect gonorrhea at our website or inDo not recommended to start self-treatment. Many times proved that it will drive a disease inward smazhet whole picture of disease and complicate the work of doctors.

The first reception the doctor asks the patient in detail about his disturbing symptoms and assigns tests. To diagnose gonorrhea, the following procedures are carried out.

Smear analysis - this analysis is valid only if the patient is not enjoyed by any means dezintsifiruyuschimi.

Swab for gonorrhea: a smear stained with methylene blue, or by the method of Gram. Smear Gram is the easiest and most accurate way to detect gonorrhea.

Bacteriological analysis: often this method is used after treatment of gonorrhea, to confirm the recovery of patients.

Immunofluorescence analysis - is very effective atearly stages of the disease (in the period from the moment of infection and up to 2 months). This analysis allows us to identify not only the gonococcus, but also co-infections - for example, syphilis.

Before treatment carried out tests for syphilis, hepatitis B, C, chlamydiaAIDS. If detected in any of these diseases, the treatment is adjusted. 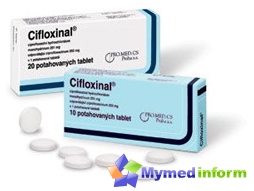 Gonorrhea Treatment depends entirely on inwhat stage the disease, and the age, gender and the presence of complications. Thus, during the early, acute gonorrhea may be sufficiently strong single dose of antibiotics.

In subacute and acute gonorrhea prescribe drugs tsefaloprorinov - Ciprofloxacin orally once or Spectinomycin 2 g intramuscularly once.

Depending on the severity of the disease the doctor canassign other antibiotics: Ofloxacin, Azithromycin, Doxycycline, Metronidazole. Our website would like to note that the dosage and duration of taking the drugs the doctor determines it is necessary to strictly follow his instructions. This is important because the gonococcus is able to adapt to antibiotics, so the doctor has to choose such an antibiotic that will effectively deal with gonococcal infection. 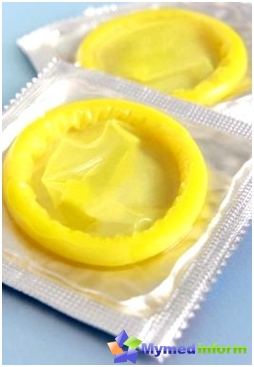 Courses of antibiotics are capable of almost completelydestroy the normal intestinal microflora. Therefore, after the treatment of gonorrhea with antibiotics commonly prescribed drugs bifidobacteria and laktosoderzhaschie: bifidumbakterin, bifilong, laktobakterin, acidophilus, atsilakt, Linex. Sometimes the treatment of gonorrhea passes fails, then after a brief improvement of disease relapse. In this case, re-treatment is carried out using another antibiotic.

As with any other disease transmittedsexually, most reliable prevention of gonorrhea will be faithful to your partner and use a condom. It is sad, but as a popular sex tourism is now the best way to spread gonorrhea. Prostitutes, fear of gonorrhea, often take antibiotics "just so" in order to prevent infection. Instead gonokokkka strains develop the ability to adapt to antibiotics, the disease takes besssimptomnuyu form, and confused infected often do not even know about his illness.

Doctors carried out a survey of the population, identify and treat patients with gonorrhea, but still the surest way not to get sick - to be faithful and do not change.