disease
by admin
GERD - strange abbreviation. A person who has no medical knowledge, it is difficult to unravel. And yet this is a very common disease, which has a long, tricky name - gastroesophageal reflux disease. 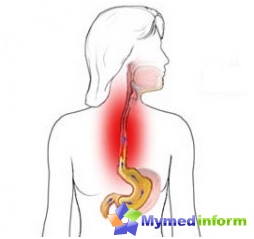 First, let's clarify that a healthyHuman stomach contents thrown again rarely the esophagus. Exceptional cases - is overeating or abrupt slopes just after lunch. Normally, the food should not do in the previous parts of the digestive tract. If a person was disintegrating mechanism or weakened function of the lower esophageal sphincter, the enzymes, as well as periodically produced by glands in the stomach hydrochloric acid into the esophagus cavity. She is an active participant in the digestive process. So there is inflammation of the walls of the esophagus and heartburn, Which can be called a major symptom of the disease before us.

Reflux and called chyme direction in the opposite direction

There are two forms of this disease:

our site will list the factors that contribute to the development of gastroesophageal reflux disease:

What are the symptoms of GERD? 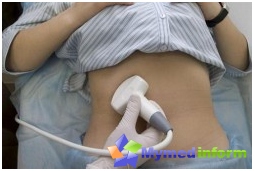 In the diagnosis of GERD, gastroenterologists may apply such methods: 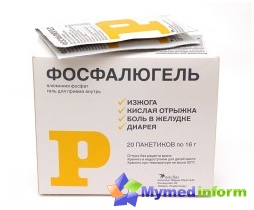 GERD Treatment complex, its success depends not only on the actions of the doctor and medicines, but also on the patient:

Admission medicine relieves patients, butstable effect, doctors say only 30% of cases. And the main cause of the disease while taking drugs persists. Radical help solve the problem in the power operation - fundoplication. In this part of the stomach, called the bottom, forming a special crease area around the lower esophagus, thus created, as it were an artificial valve. Now there are sparing surgery using laparoscopy. The surgeon makes four to five small punctures (5-10 mm in diameter, they make up), and then proceeds to the appropriate manipulation. During the next month, should refrain from roughage, and then allowed to eat all that healthy people eat. The effectiveness of the operation is high - about 80% of men who underwent it do not make any complaints about the reflux. The rest (about 20%), some GERD symptoms still persist. 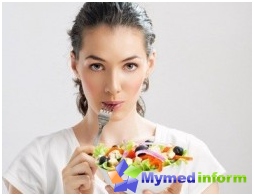 If an operation is not you dare, or have a contraindication to its implementation, use these simple tips:

What else can help you, and make you feel better?

All components are mixed and stored in a closedbank. To prepare take a tablespoon of the collection spoon, pour into a thermos, pour boiling water (250 ml). After the 45-minute infusion of strain composition. Take it three times a day, 30 minutes before eating a third cup (about 70 ml), preferably in preheated form.

Heartburn - it is a warning about the problems inbody. If it appears you have two or even three times a week, you have to sign to a gastroenterologist. Then the doctor will be able to quickly identify the gastroesophageal reflux disease, or other diseases of the digestive system.