medicine
by admin
In recent years, physicians have usedenzyme preparation having a vegetable origin, called Karipazim in the treatment of their patients with intervertebral hernia and other severe diseases of the spine. Practice shows that, even in severe cases after such treatments improved the condition of patients, many patients a drug helps to avoid surgery.

Initially, this tool was used for the treatment of burn surfaces. For the first time to treat intervertebral Karipazimom hernia. osteochondrosis and other pathologies proposed in 1999, Dr. W.L. Naidin, Professor, Head of Department of Neurorehabilitation Research Institute of Neurosurgery named after Burdenko. It was he who developed the methodology for the application of this preparation. Karipazim has a certificate of quality, with all the necessary supporting documentation, approved for use in patients in an outpatient setting, and hospitals.

Problems with the spine 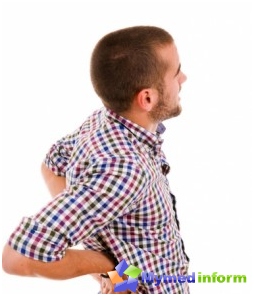 In 90% of back pain occurs becauseosteochondrosis. At the same time gradually develop degenerative changes of intervertebral discs. Increasingly, MRI revealed intervertebral hernia. Doctors reported that about a quarter of the population suffers from this disease. Over the years, the spine discs age. Each of them consists of a gelatinous core and the outer rigid containment (the annulus fibrosus). Gradually discs lose their flexibility, elasticity, impregnated with calcium salts. And at one point, when there is a heavy load on the spine, the outer shell like "bulges" into a narrow spinal canal. This phenomenon is called protrusion. If the shell bursts, then through the resultingcrack the inner content begins to flow out. In this manner, and formed a hernia. For a while people may not notice what's going on with him. But if the convexity is directed toward the nerve or the spinal cord itself, then there is pain, which can gradually increase. When herniation compresses the blood vessels and nerve root, there is a sharp stabbing pain. Most often suffers from lumbar region, at least - the neck and chest. The emergence of hernias contribute to: 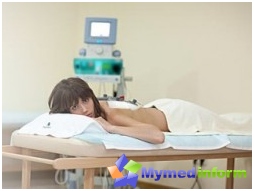 When the intervertebral hernia leads to pinching the various nerve endings, it is recommended to conduct electrophoresis Karipazimom combined with the gel. Application of this tool:

Treatment of intervertebral hernia long isof several courses. One course includes 20 to 30 electrophoresis procedures. Between them is sometimes allowed to take a break in one or two days. The interval between such high rates, usually one or two months. First, in the treatment room, a solution of the freeze-dried product. Take the contents of a bottle or a half and diluted in 5-10 ml of saline. Then add two or three drops of Dimexidum. The prepared solution was applied on filter paper, is placed on the electrode pads. Positioning the electrodes can be both longitudinally and transversely. Duration of treatment ranges from ten to twenty minutes.

Karipazim successfully used in processingthird degree burns. For this, a solution is made of lyophilisate and novocaine (or saline). After this, sterile wipes are moistened with this solution, which are subsequently applied to burn surfaces. A moisture-proof dressing is required on top. Immediately you can treat about 30% of the body surface of the victim. Such dressings change once in 24-48 hours. In this case, dead tissue is carefully removed. Treatment lasts from 4 to 12 days. During this time, the wounds are cleaned, their accelerated healing occurs.

About side effects and warnings 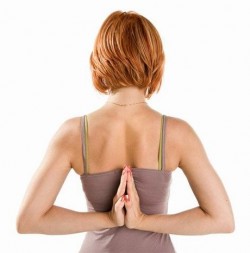 There are cases where after the procedure the patient has an allergic reaction detected, then treatment should be stopped. Sometimes, after the procedure, some patients have itching, or rises temperature. It is necessary to inform the doctor, he canrecommend antihistamines. Sometimes you have to give up adding Dimexidum in the preparation of the solution for electrophoresis or health worker carrying out electrophoresis, reduces the current. Places where the electrodes were attached to the body, a few hours can be treated with a solution of soap and a towel after obsushivaniya oil cream or gel, containing papain. Do not worry if in the days between the fifth and eighth procedure, you will feel that the disease worsened.

Neither the vein or in the tool is not introduced muscle. It is not used during pregnancy, lactation, in case of hypersensitivity to the components of the composition, allergies to papain. When sequestration hernia surgery is indicated only.