The disease is caused by histidinemia? What are the symptoms of this disease? How to treat it? Read this article.

The disease is relatively rare (1: 17,000) as the active detection of children with such pathology just beginning.

Insufficient activity of specific enzyme(Gistidazy) responsible for the conversion of histidine, which, in turn, accumulate in the body, causing permanent brain damage. In the complete absence of the enzyme the disease manifests itself in the first months of life and progresses rapidly, often leading to death.

Deteriorating general condition of the child, therelethargy, tearfulness, refusal of food. Then join the cerebral symptoms of poisoning, which manifests the change in muscle tone and a general slowdown in the child's development. At low enzyme activity the disease develops gradually and is manifested in the form of a lag in mental and speech development; In addition, these children often have hearing loss. Many children have emotional and behavioral disorders in the form of increased excitability, aggression, anxiety.

The appearance of children is somewhat similar to patients with phenylketonuria: the children also blond and blue-eyed. 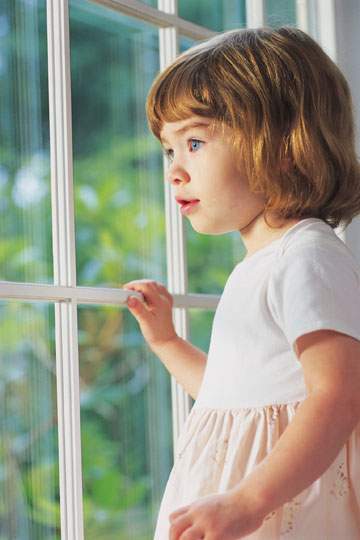 Task district pediatrician - as soon as possiblerecognize the disease (before the complications of the nervous system), as well as to appoint a diet therapy. Diet therapy must be started before the appearance of irreversible brain damage. The principle of nutritional therapy is to limit the admission of histidine from food.

The difficulty of drawing up dietconsists in the fact that histidine is required for normal development of the child and for the first year of life of the sole source of amino acids is a food containing it. The minimum daily requirement of an infant in the histidine is 16-34 mg / kg, this amount is contained in 100 ml of breast milk.

For older children, make a specialprotein blend consisting of 13 amino acids without the histidine-rich fat, glucose, vitamins and mineral supplements, corresponding to the needs of his age. All diet therapy is carried out under the close supervision of blood and urine tests to determine levels of histidine, in which the child can develop normally without any toxic effects on the body.

The scientists found that in the first year of lifechildren with histidinemia, preference should be given breast milk, as well as foods - juice and vegetable puree. Lure, which is administered under the supervision of a pediatrician, start with vegetable puree and then gradually added to porridge oats and rice cereals, desserts and jellies.

Applying dietary treatment while controlling levels of histidine in blood, it is possible to make the necessary correction in the food, so that histidine was at the normal level (0.01-0.03 g / L).

Histidine content in the product (in grams per 100 grams of product):