Home>Genital infections>Ureaplasmosis, or I did not know anything about the lady with the dog?

Ureaplasmosis, or I did not know anything about the lady with the dog?

With the advent of autumn work venereologists greatly added - and all thanks to the hot summer passions ...


Ureaplasmosis - one of the most common infections

Holiday romance - something delightful. And it does not fall when the weather is good and not have to go to work? Not surprisingly, with the advent of autumn work venereologists greatly added - and all thanks to the hot summer passion. In times of Chekhov they lived much easier. To be successful it was necessary to master the skills of diagnosis and treatment of only two diseases - gonorrhea and syphilis, better known as syphilis.

Whether business today - a bunch of diseases transmittedsexually more diverse. And a major role among them is ureaplasmosis. As the prevalence of this infection came in second place after the flu.

Intrigue ureaplasmosis that for a long time, heIt does not give any reason to guard. There are cases when a person is a few years is in itself an infection without knowing it, and unknowingly infect others. On average incubation period - from 4 days to a month. urethritis symptoms soon develop - burning and pain during urination, mucus appear more often in the morning. If the infection occurred during oral sex, there is a sore throat with all the usual symptoms.

But here, the disease is not in a hurry to impersonate. In most cases, especially among women, all of its manifestations are expressed so small that patients do not give them importance. A few days later symptoms of urethritis and does take place, and people finally calms down. Meanwhile infection reliably deposited in the wall of the urethra in the prostate in men and the uterus and vagina in women.

Only then did the patients finally get to the doctor to get treatment for long - in fact at this stage of mycoplasmas have firmly established themselves in the body. 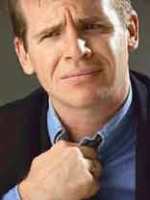 Rights for the treatment of the disease at the same time imposevenereologists, urologists, gynecologists and specialists in infectious diseases. Often this list are adjacent and therapists, citing the fact that the disease affects a number of different bodies. In general, choose a man who is already excited speculation about his illness, is extremely difficult. It is best to seek advice from public health facilities with a serious reputation. Absolutely excluded addresses an ad in the newspapers! And pay a lot of money, and from ureaplasmosis not disappeared.

First of all, the doctor will send you to the analysis ofclarify the diagnosis. The most reliable method - the so-called culture, in which the causative agent is planted in a nutrient medium. And although the results have to wait a week or more, only this analysis determines the sensitivity of the pathogen to various drugs. This is extremely important because the treatment of mycoplasma can acquire resistance to antibiotics and the drug that has been used successfully a year ago, today may not be effective.

To cure the disease after one wrongantimicrobial therapy becomes many times more difficult after a few - it is extremely difficult. Therefore, drugs (usually one or two antibiotics, their dosage and treatment regimen must be selected carefully.

The negative result of this testIt suggests that in difficult struggle with ureaplasma victory is yours. But if pathogens show up for at least one of these tests will have to repeat the treatment.


The next morning the doctor

Ureaplasmosis much easier to prevent,rather than get rid of it. The only absolute protection - is, as is the case with other sexually transmitted diseases, a complete rejection of casual sex, the presence of a partner that you trust completely.

But if you refuse to resorts and other novelsabove your strength, at least, always use a condom and oral sex treat mucous membranes of the mouth and genitals with antiseptic - for example, a strong solution of potassium permanganate.

And most importantly - if we could not pass upanother lady with the dog as soon as possible consult a physician for diagnosis. The sooner treatment is started more quickly and easily get rid of the disease - in this respect ureaplasmosis also no different from other diseases.