Home>Nerve disease (Neurology)>Cyst. Symptoms and diagnosis of arachnoid cysts of the brain

Cyst. Symptoms and diagnosis of arachnoid cysts of the brain

This article describes the symptoms and the diagnosis of brain arachnoid cyst.

Arachnoid cyst is four times more common in men than in women.
Most arachnoid cysts are formed in the middle cranial fossa, the outside of the temporal lobes of the brain.

Arachnoid cysts either asymptomatic or manifested before the age of 20, and the nature and severity of symptoms depend on the location and size of the brush, making it difficult to diagnose.

Arachnoid cysts may be accompanied by. Headache, nausea and vomiting, ataxia and hemiparesis, hallucinations, convulsive disorders, mental disorders, etc. (often dominated by cerebral symptoms associated with secondary hydrocephalus, rarely - focal symptoms, including those with traumatic rupture of the cyst with the formation hygroma) . Spinal arachnoid cysts can mimic herniated disc.

Arachnoid cysts are found in 4% of the population. Symptoms have only 20% of cases, and often associated with secondary hydrocephalus. 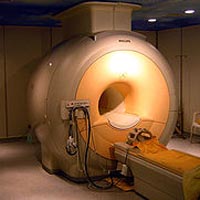 Arachnoid cysts are usually identified and differentiated from other types of cysts under magnetic resonance imaging, often as a "discovery" during examination for another reason.

To avoid increasing and new cysts,doctors must clearly understand and treat the underlying cause of their occurrence. Therefore, a thorough examination of the patient is carried out for circulatory disorders, infections, autoimmune diseases.

So, if you suspect a brain cyst, except for magnetic resonance imaging, the following kinds of examination and diagnosis: