Radiation sickness in the age of high technology

When there is acute radiation sickness,radiation damage manifests itself in the first hours after irradiation. Under the influence of ionizing radiation manifests radiation sickness syndromes which are formed as a result of changes in the functions of the nervous and endocrine systems. 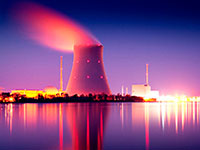 The direct effect of radiation on the organismIt begins with the interaction of radiation with tissue, cells and intracellular environment. Scientists have proved more sensitive blood-forming organs, seminiferous epithelium, the skin and the intestinal mucosa to the action of ionizing radiation. The development of acute radiation sickness, radiation damage is shown at a molecular level, contribute to intensive chemical transformations in the body's cells, leading to the disruption of the natural processes of regeneration of a number of tissues, formation of clinical syndromes of radiation sickness. The disease involves the initial period, the phase of an imaginary being, the height of the disease and recovery - are periods of radiation sickness when clinical syndromes are formed:

Radiation damage depends on the level and distribution of the dose of radiation and time is:

This radiation sickness distinguish 4 degrees andchronic form of the various stages with a predominance of common or local changes. It should be noted that the formation of the disease occurs at the contact between the radiation source or the next time after the termination of exposure. The recovery period lasts from 2 to 5 years old, is directly dependent on the dose, stage, severity and form, which has actual proof in the scientific presentation on the topic: "Radiation sickness." 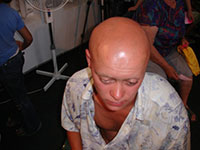 In single-dose irradiation of highionizing radiation develops radiation sickness characterized by 4 degrees of severity, talking about the last of these, it is extremely difficult that occurs when radiation dose greater than 10 Gy, the manifestations of which are evident after 20-30 minutes. The main symptoms of the initial period are:

With increasing doses of ionizing radiationheavier symptoms of radiation sickness syndromes of disease is paramount, there is a profound loss of blood, characterized by severe lymphopenia, neutropenia, thrombocytopenia and anemia, death is inevitable.

The development of radiation sickness, as the final stagein the process chain, starting with ionizing radiation contact with the tissues, cells and body fluids, does not cease to excite mankind since September 1945, when the US Navy's first atomic bomb dropped on the Japanese cities of Hiroshima and Nagasaki, which led to irreversible consequences. 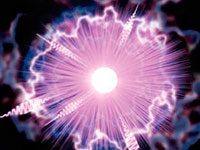 Time passed, and 1986 was marked by the followingworst nuclear disaster: the explosion at Chernobyl and the release into the environment of large amounts of radioactive substances. It was the largest accident in the history of nuclear energy by the number of victims of chronic and acute radiation sickness. By penetrating radiation damage during the first three months killed 31 people, long-term consequences of irradiation for 10-15 years, claimed the lives of over a thousand people after the accident. Only 30 km zone in the first days after the explosion, 115 thousand people were evacuated.

But that is not final, the development of scientific and technicalprogress and the high-tech requires tremendous energy expenditure, and thus inevitably the construction of new nuclear power plants and the case at Fukushima-1 in Japan suffering - a vivid illustration of the presentation on the topic "2011 Fukushima, radiation sickness." Japanese authorities have informed the IAEA, and as a precautionary measure, it was recommended to leave the 20-30 kilometer zone. As a result of the explosion of the second station 11 employees were injured, the population has been evacuated, the exclusion zone in some places ranged from 30 to 80 km.