He was terribly afraid and sick at any chihe pales at the thought of what happened to him terrible. In the rest - a cute, smart, nice man ... Can you fix a hypochondriac?


At the word "hypochondriac" comes to mind a herothe book "Three Men in a Boat," which reads the medical dictionary and finds signs at all existing diseases, in addition to puerperal fever.

The analogy is false. Gentleman shows only healthy response to their fears: sent to travel and more about diseases throughout the book remembers.

This hypochondriac so easily with hisimaginary ailment not part - and not because, as is often thought, likes to be treated. Scientists insist that hypochondria - is not a whim, and disorder, which should be able to get along with.

In essence, hypochondria - it's just painfully high anxiety. Just a hypochondriac afraid and not expect trouble from the outside, but from within, from his own body.

This poor guy does not necessarily correspond totextbook image: sickly, pale, with a weak constitution ... hypochondriacs can become big man and athlete, never does not fall ill. For the first time confronted with the pain and ill-health, such people are often totally not ready for this. If an ordinary person from time to time something aches a bit, he takes it philosophically - and maybe more will take place, it happens.

But if the hero for the first time in the life of a headache or stomach, it may surprise navoobrazhat something terrible.

Then the vicious circle begins. The more one listens to him, the more notice the problem. The more notes, the more frightened. The more frightened, the worse it feels - it does not add to the stress of health. And now yesterday cheerful joker becomes pale and jaundiced, not parted with a medical encyclopedia and incessantly criticizes doctors who do not want to help him, and hide the truth from him ...

Breaking this chain is difficult. But it is possible.

, It is not necessary to do that before we talk about how to help the hypochondriac, we must firmly grasp some things.

To the above list of "no" would be to add one more thing: do not attempt to treat your loved one, without consulting a doctor. But with what?

Experts all over the world watching with interestNorwegian doctor working Ingvar Wilhelmsen from Bergen. He opened a clinic where they treat hypochondriacs in its method: take them seriously and all complaints and treats as a therapist and as a psychiatrist - the good, has the appropriate qualifications. And incidentally spends something like health literacy, explaining his overly impressionable patients what and how the body works and what is the source of the disease. Results - the most encouraging. 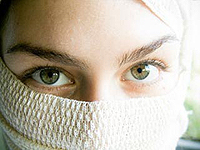 Of course, far to Norway. As a rule, doctors, daily dealing with "real" patients simply can not bring myself seriously to healthy people, which are the hypochondriacs. Only one way out: to spend time and energy on searching for a wise and compassionate therapist - such a lot. This doctor will treat hypochondriac matter to which he complains, supporting this business feasible psychotherapeutic lessons.

Any doctor has a considerable arsenal of goodbracing means, do not give side effects - they are something he, most likely, and prescribe. Follow it to the destination accurately and seriously as if you have given your loved potent drugs.

Unlike psychotherapy, physiotherapy perfectly valid to hypochondriacs. Talk about it with the doctor.

And most importantly - do not be afraid that your attention andsympathy will spoil the patient, he likes such a situation and he wants it to stay. Hypochondriac would give much for it to get rid of their problems. And if you want him to help with this, take his problem seriously. This alone is sometimes enough.

In varying degrees, hypochondria is not alienmost of us. A survey of family physicians in the United States, showed that at least 20% of their patients complained of symptoms, which have not been able to find any real health problems.

A profile «Health» magazine, distributed amongtherapists across the United States, gave an even more impressive numbers: 1/3 of all responding physicians believed that more than half of them come to accept patients no ill, but have psychosomatic problems.