Spontaneous cessation of pulmonary edema. What is it? Miracle? No - the laws of physics. The doctor, using an arsenal of manipulation of manual medicine, saved the life of the patient. History notes from a medical practitioner.


All signs point to a pulmonary edema

I worked as a general practitioner on duty in the city hospital, and it was a memorable watch my night.

I have already approached the door ordinatorskoj orderto become familiar with the medical history of patients with severe, when I was a woman ahead of rapidly included in the study are literally in front of my nose. Straight from the threshold, with a catch in his voice, and almost crying referring to the head of cardiology department, she blurted out the sentence: "Here you go, and he dies ..!". She was the wife of one of the heavy patients.

Therefore, it is on this patient and hadpay attention in the first place. After reading the person's medical history, I went to his room. The impression was depressing ... The man, leaning on two pillows, half lying, half sitting up in bed, his appearance was emaciated: he was pale and his features sharpened. The main complaints of the patient, at the time of the inspection, there were persistent cough, feeling short of breath, palpitations, severe weakness and lack of urination for more than 12 hours.

On examination, the patient was noted cyanosis(Bluish) of the lips, swelling of the legs to the knee, and purple-bluish spots on the skin of shins, it looks like a corpse spots. The latter indicates that the peripheral circulation is practically absent. This was evidenced and dizuricheskie violations and, in particular, anuria (absence of urination).

The right half of the chest behind the actbreathing from the left half. In the lower parts of the lungs listened finely wheezing. When listening to the heart occurred and atrial fibrillation, with a frequency rate 130-120 beats per minute, and rough systolic murmur. Blood pressure could not be measured - not listened to the blood pushes on the walls of blood vessels. The liver was enlarged and appeared from under the costal arch on 3 centimeters.

According to the treating physician, and all thatnecessary for the patient, and it was assigned, and done. But something had to be taken because the patient is slowly but surely "left." That is, he died (and at that time he was nothing at all, only 47 years old).

On my orders, the nurse introducedthe patient intravenously, slowly Korglikon and Lasix in the saline. Korglikon (cardiac glycoside) normalizes heart activity (heart muscle becomes a little less, stronger and rhythmic), and it could at least to some extent, help to improve blood circulation, both in general and in particular in renal blood flow. A Lasix (a diuretic), against the background of increasing pressure in the renal arteries, would promote urine formation. However, the effect of the injection was not any.

From the patient's story revealed that beforehow sick he was with colleagues playing football, being also more and intoxicated! And, of course, have been falling, which inevitably leads to displacement of the vertebrae. That's the explanation of the reasons for the lag in the act of breathing the right side of the chest on the left half of it - on the one hand, were infringed upon the spinal nerves and the body reflexively spared affected areas of the spine. 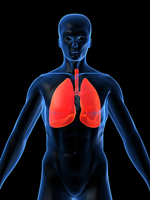 This prompted me to suggest the patient to removeblocks its spine with the manipulation of the arsenal of manual medicine, and thereby, the lag in the respiratory movements of the thorax of one half from the other. And the patient, and his wife agreed with my arguments. The patient lay on the couch, on which it was possible to carry out manipulations, and I very carefully began to push him back - I heard clicks reduce a vertebrae. Once the patient got up, he immediately, in response to my question about his health, said that he was and a little easier to breathe, and he almost did not want to cough, which confirmed my assumption. Staggered vertebrae, indeed, were the reason for the lag movements edges of the right half of the chest. It was about 20 hours in Moscow.

A one and a half hours in the staffroom callednurse on duty and reported that the patient was heavy sharply and he began pulmonary edema. As soon as I opened the door and crossed the threshold of the House, the patient, with a frightening smile on his face, he said, turning to me: "I have a husky ..!" The breath of a man was noisy, and, indeed, wheezing - it began alveolar pulmonary edema. Auscultation, the lungs had plenty of moist medium bubbling rale, scattered all over the fields of pulmonary, cardiac sounds were loud and frequent, but the rhythm was right, which at the time I did not attach importance. I told the patient that he has calmed down, and we are now something will take. And I went to the staffroom, feverishly thinking about how to help the patient. The Soviet Union collapsed, and with the material support of hospitals was bad - often lacked even basic medicines. On reflection it took no more than 5 minutes and I decided to go back to the patient to once again assess the situation. On the way to the ward nurse stopped me and, with a tremor in his voice, said: "I have been working for twenty years, but this has not yet seen. The patient, spontaneously stopped pulmonary edema ... "

I immediately went to the patient to make the mostin some events. The patient was calm, and his breathing was regular, not noisy and without wheezing. And yet, I decided to listen and lungs, and the heart of a patient man. Imagine my surprise - in the lungs I have not heard a single wheeze, and, moreover, the patient, rather than atrial fibrillation, listens to a normal heart rhythm !? A blood pressure was 100 to 60 mm Hg.

I used to long to go to sleep onnight duty, as long as there is not convinced that all is quiet in the office and I have no one to be urgently wake of the deteriorating condition of a patient. And in connection with the recent events of the day before, and even more so.

That is why at four o'clock at midnight I went intoward to the patient, which in the evening began to develop spontaneously stopped, pulmonary edema. Both the patient and his wife did not sleep. But it already had other people - they smiled - both! And the wife of the patient immediately demonstrated a jar (250 ml), half filled with urine, 'Husband - to help! "Once again, I listened to the patient's lungs - wheezing was not, and I could calmly go to sleep. And in the morning, when I handed over duty, the same patient was walking down the corridor to the dining room for breakfast, though, leaning on a stick and accompanied by his wife. Again - they both smiled.

Years after five, after the events before mesuddenly realized what could have happened to me, in the event of the death of the patient ... And I was horrified by his desperate audacity and the same stupidity. But I took a chance and thereby saved the patient. And, besides, this experience again once again confirmed the correctness of my views.


The answer to the laws of physics

So what was it all? And what happened to the patient? Why I stopped spontaneously began pulmonary edema?

I have already explained above, what happens to the lungs whendisplacement of the vertebrae - can form effusion (exudate) into the pleural cavity (non-cardiogenic pulmonary edema due to injuries). And due to this disruption and intercostal muscles and the diaphragm, operating together as a bellows. Normally, from collapsing intercostal muscles and the diaphragm lung blood goes almost to the same extent, and in what comes. But at the same time, a prerequisite for the presence of normal vascular tone. And for violations related to the infringement of the spinal nerves, and muscles following this operation changes (both striated and smooth), some of the blood plasma is pressed through the capillary walls into the intercellular space. Since there is not enough compression of lung parenchyma is normal, preventing the exit liquid part of blood into the extracellular space. And, moreover, apparently, there is disturbed (lowered) vascular tone. And, of course, not without disturbances of the heart; for uniformly flowing through the vessels and the blood with sufficient speed (at a good rhythm and contractile activity of the heart), the latter simply do not have time to seep through the walls of blood vessels.

Interstitial pulmonary edema - this is nothing like soaking parenchymal lung blood plasma. This is the first phase of the pathological process.

The alveolar edema is the second phase, whenwhich is the liquid part of blood erupts, literally, already directly into the alveoli. Here and there, and wheezing, and bloody (in the terminal stage of the disease process) frothing at the mouth.

Recall school problem of filling timewater pool having a different diameter pipes - for large diameter pipe the water flows, and through a pipe with a smaller diameter - pours. (If the water is, for example, through a hole in the bottom of the ship will be arriving faster than it would be to pump the pump - the ship would inevitably sink!).

And why have spontaneously ceasedstarted the process? Yes, that's why! After vpravleny were misaligned vertebrae, muscles involved in breathing, began to decline without limitation, and gradually began to squeeze out excess fluid from the parenchyma of the lungs back into the capillary network. Plus normalize the functioning of the heart contributed to leak fluid from the intercellular space in the vessels. By the time when it started immediately, swelling in the intercellular space has already accumulated plenty of fluids, and she rushed into the alveoli. However, some amount of it, from most of the lung fortunately, has already been expelled from the intercellular space, and that portion of the previously accumulated fluid that the body has not had time to expel, and poured. Edema stopped, barely begun, because most of the light to normalize the work of the heart, blood vessels and muscles already expelled previously accumulated in the parenchyma of the lung fluid, and in some parts of the light situation was still the same - blood flowing volume was less than the inflowing. 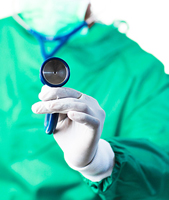 Another interesting point - the lymph from the limbsand lower body sections moving up using abbreviations, both the lymph vessels, and excursions through the ribs and diaphragm movements - so, in the chest cavity creates negative pressure that draws the lymph and of the distal parts of our body.

These processes in the lungs, occurs in thisa person can be compared with the expiration of water through the edge of the glass, in excess of the volumes exceeding the allowable capacity for that rate. Once we drop one drop into the glass from which the liquid still does not come out due to the effect of surface tension and water immediately perelёtsya over the edge! And if we have more will not add water, then the water, izlivshis, then stop the issue, and as a result in a glass of water would be even smaller than originally!

Furthermore, the normal operation of the heart andrecovered vascular tone conditioned the recovery filter of renal function, and contributing to the formation of urine, and, therefore, its removal from the body! ..

That's why it did not work, and medication. Violated were completely physical laws.