What is synovitis pigment-villёzny? What are the symptoms of this disease? How is the treatment? The answers to these questions can be found in the article.

Synovitis pigment-villёzny (synovitis pygmentosavilliosa) - a disease characterized by proliferative and dysplastic lesions of the synovial membrane of the joint synovial bags, synovial sheaths of tendons. Previously, he was described as a mieloksantomu, Xanten, myeloid endothelium ksantogranulemu, fibrogemosideroznuyu sarcoma, fibroma of tendon sheath. The most common in the Russian literature, the term "pigment-villezny synovitis," but more accurately corresponds to the nature of the defeat (the abundance of villous and nodular growths brownish-red color with some yellow patches;) the term "pigmented nodular synovitis, villous."


The symptoms of synovitis pigment-villёznogo 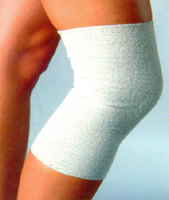 The first symptoms show howusually by accident. Sometimes their appearance contributes to a minor injury. Characterized by painless swelling on palpation of the affected joint, which has a dough-like consistency, sometimes with separate denser inclusions, which slowly increases in size. It is accompanied by the formation of exudate, the number of lesions at which the knee joint reaches 200 ml, the ankle and hip joints, its volume does not exceed 10 ml. A feature of the disease is to maintain a full range of motion in the joint and the normal gait, despite the considerable size of the swelling. Rarely, limitation of movement in the joint, or the rest of the evacuation of the joint cavity fluid help to restore range of motion. One of the reasons for the late appeal for medical help - low severity of pain. Joint pain occurs periodically, during movement, the intensity of her does not change as the process progresses. Pain at rest is marked at the hip joint disease (hip synovitis) with disease duration of 10 years or more. The clinical course is the fact that despite the large size of lumps, skin color and her vein pattern is not changed. There is an increase in local temperature is associated with severe pathological vascularization of tissue. Increased body temperature is not typical, although in some cases it is possible. If it affects the large joints of patients often complain of discomfort in the joint and its blockade. Discomfort in the joint (a feeling of unease, discomfort) appears when changing the position and movements. This symptom is not constant, it is often only detected at the beginning and disappears as the disease progresses. The blockade of the joint is connected with infringement of nodular or villous growths. It occurs suddenly when driving and removed after a few minutes, much different from the blockade with other pathologies, such as damage to the meniscus. The short duration of the blockade due to the fact that soft tissue or villous nodular growths easily crushed. In the course of the disease are three stages. Stage I - the initial manifestations: clinical signs are mild, yet no changes on radiographs, artropnevmogrammah and angiograms. Stage II is characterized in that in addition to clinical symptoms is already determined changes in the radiographs as a soft tissue augmentation and their sealing and typical changes in artropnevmogrammah and angiograms. Stage III - later, differs from the previous presence of foci of destruction of bone.

One variety of clinical coursethe disease is a tumor form of the disease. It is rare, characterized by the appearance of dense lumpy tumor foci of calcification of soft tissue component, increased venous skin pattern, moreover, point out anemia, a decrease in patient weight.

The choice of treatment depends on the type of disease. When a local form of carrying out an operation - partial sinovkapsulektomiyu (excision of a limited portion of the capsule, including the synovial and fibrous layers). In the diffuse form, regardless of the stage of using combination therapy. In its first stage, the operation - total sinovkapsulektomiyu, on the second - radiation therapy. In synovitis, both knee meniscus removed simultaneously as its rear horns is intimately associated with a fibrous capsule, and the front prevent complete removal of synovial tissue in the external and internal condyles of the tibia. The purpose of radiation therapy - effects on synovial tissue of the transition zones (area of ​​bone mating surfaces which are modified synovial cells), as well as pathologic tissue, which can remain in the lumen nutrient channels at different depths in the bone. Radiation therapy is carried out in radiological departments after 3 weeks. after operation. The boundaries of radiation fields should correspond to pre-operative stretching of the joint capsule or slightly exceed it. A single dose of 1.5-2.0 g, total - 18-19 gr. In those rare cases where there is a yield of abnormal tissue beyond the fibrous capsule (possible with the continued existence of the disease), total dose is increased to 21-23 grams. During the period of exposure is maintained joint unloading mode, and patients continue to be engaged in physical therapy.

One of the most important tasks of postoperativeperiod is to restore joint mobility. For this purpose, already from the 2nd day after the surgery, patients begin to isometric muscle tension, and from the 5th day - to active movement in the affected joint. Development is carried out during the day, moreover, in the prescribed laying position of maximum flexion or extension achieved. Within 1.5-2 months. after surgery appoint joint unloading mode, patients move only with the help of crutches, then gradually move to walking with a cane.

The use of combined treatment prevents recurrence of the process and to obtain a satisfactory functional result.