Home>Rheumatology>Treatment of joints, arthrosis and arthritis in sanatoriums

Treatment of joints, arthrosis and arthritis in sanatoriums

Mud in conjunction with physical therapy, massage, therapeutic baths, thus relieving symptoms of joint disease in patients of any age. 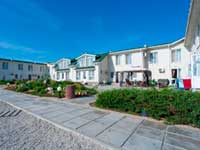 Osteoarthritis, or deforming arthrosis, -joint disease c chronic progressive course, which violates the metabolism of the articular cartilage and its structure. Develops degeneration and destruction of cartilage. In the later stages of the disease is the destruction of the articular surfaces, there are bony outgrowths or osteophytes, subchondral bone structure is impaired tissue.

Deforming arthrosis develops mainly in people older and older, but sometimes can occur in younger people and even teenagers. therefore treatment of deforming arthrosis in the sanatorium "Poltava-Crimea" is performed in patients of different age groups.

ATTENTION! From 14 October to 15 December 2013 gives the resort free days when buying a voucher!

The development of osteoarthritis can be caused by differentreasons. The appearance of the disease is overweight, acute or chronic injuries of joints and bones, intensive exercise, metabolic disorders and some diseases of internal organs. Osteoarthritis may develop as a result of a lack of physical activity in children, since in this case violated the normal development of the musculoskeletal system.

Clinical symptoms and diagnosis of disease 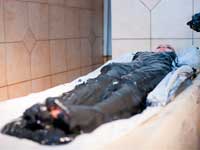 Osteoarthritis can be primary and secondary. The primary form of the disease affects healthy joints with intact cartilage. Second - as a result of cartilage degeneration, altered as a result of trauma or acute inflammation. Most often affects the hips, knees and interphalangeal joints of the hands and feet.

In the early stages of the disease theresmall limited mobility in the joint in the same direction. The pain appears mostly after exercise, at the end of the day. The appearance of pain is often associated with a change in weather, hypothermia, stress. On radiographs, this stage appears small joint space narrowing and osteophytes initial.

The treatment of any chronic diseaseIt held for a long time. To be successful in the treatment of weight loss must be sufficient physical activity. Drug therapy is the use of nonsteroidal anti-inflammatory drugs in the form of tablets inside and externally in the form of ointment and gel applications, chondroprotective, anti-oxidants, drugs that improve the microcirculation of the blood. When you join an inflammation of periarticular tissues appointed intraarticular corticosteroid injections. Widely used physiotherapy: ultrasound, phonophoresis, magnetic, inductothermy, laser therapy. 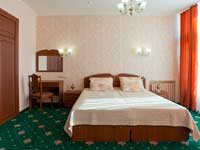 Resistant and long-lasting therapeutic effect gives spa treatment joints. As the long-term observations,conducted in the sanatorium "Poltava-Crimea", the town of Saki, the most effective treatment for osteoarthritis of the initial stages of development, when there are no pronounced deformation and joints and cartilage atrophy. The main therapeutic agent used in the sanatorium in diseases of the joints - mud. The Saki mud contains large amounts of hydrogen sulfide, organic and biologically active substances, anti-inflammatory effect, has analgesic, resolving, disinfectant action. Mud is used in the form of mud applications on the affected joints. This improves blood circulation, metabolism, increases the reactivity of the immune system. under the influence of mud regenerates cartilage that form the joint surfaces.

Mud is complemented by carrying out physiotherapy, massage, balneotherapy with the appointment of various therapeutic baths, showers, whirlpool.

After a course of spa treatmentdeforming arthrosis in a sanatorium Poltava-Crimea Saki there is a persistent state of improvement, which lasts for one year. To consolidate the results of treatment are required to undergo re 2-3 courses of spa treatments with mud.