Home>Surgery>The main symptoms and treatment of an abscess

The main symptoms and treatment of an abscess

An abscess is a delimitedaccumulation of pus in the tissues and organs. The cause of the abscesses are purulent infection pathogens. Treatment with surgery alone - opening and drainage of the abscess cavity.

The concept of an abscess 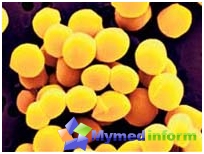 Abscess (syn abscess) - delimitedaccumulation of pus in the various tissues and organs. An abscess should be distinguished from cellulitis (diffuse purulent inflammation of tissue) and empyema (accumulation of pus in body cavities and hollow organs). The most common occurrence of an abscess caused by purulent infection, pathogens which (Staphylococcus aureus, Escherichia coli, Proteus, and others.) Penetrate from the outside (exogenous infection). In addition, there are cases of endogenous infection in the propagation process or transfer pathogens from neighboring or distant organs. For example, odontogenic, paratonsillar, subdiaphragmatic abscesses, metastatic lung abscess, brain, kidney, heart, spleen and others. An introduction to the tissue concentrated solutions of drugs such as 25% magnesium sulfate solution, it may be associated with osteonecrosis subsequent abscess formation.

A special feature is the presence of pyogenic abscessmembrane - the inner wall of purulent cavity created around the hearth tissue inflammation (a manifestation of the normal protective reaction of the organism). Pyogenic membrane is lined with granulation tissue, it demarcates pyo-necrotic process and produces exudate.

When superficial abscesses localmanifestations characterized by the classical signs of inflammation (redness, swelling, pain, local temperature rise, impaired function), sometimes defined fluctuation. In tuberculous spondylitis pus often distributed on interstitial cracks away from the scene of the initial appearance (for example, on the medial surface of the thigh), forming a wandering abscess (wandering abscess).

The main manifestations of abscesses

Common clinical manifestations are typical of an abscessinflammatory processes of any localization: fever from low grade to 41 ° C (in severe cases), general malaise, weakness, loss of appetite, headache. The blood is marked leukocytosis with neutrophilia and shift leukocyte left. ESR is usually increased. The extent of these changes depends on the severity of the pathological process. The clinical picture abscess of different organs are specific features due to the localization process. The outcome of the abscess may be spontaneous opening with a break out (subcutaneous tissue abscess, mastitis, abscess, etc.); breakthrough and emptying into the closed cavity (abdominal, pleural, joint and into the cavity al.); breakthrough in the lumen of the organ, communicating with the external environment (intestine, stomach, bladder, bronchus, and others.). Drain the abscess cavity shrinks, collapses and undergoes scarring under favorable conditions. Incomplete emptying of the abscess cavity and its poor drainage process can go in with a chronic fistula formation. Breakthrough pus in the closed cavity leads to the development in them of purulent processes (peritonitis, pleurisy, pericarditis, meningitis, arthritis, and others.).

The differential diagnosis is carried out with a hematoma,cyst, decaying tumor. Great importance is the diagnostic puncture, which can also hold a bacteriological test - pathogen isolation and identification of its sensitivity to antibiotics.

The diagnosis of an abscess is an indication for surgical intervention, whose goal (regardless of the localization process) is the opening of a purulent cavity, its emptying and drainage.

The treatment of small superficialabscesses subcutaneous tissue is performed on an outpatient basis. The operation can be performed under local infiltration anesthesia solution of novocaine, lidocaine or intravenous anesthesia.

In other cases, as well as in cases of suspectedvisceral abscess patients are subject to immediate hospitalization in a surgical department. In some abscess, for example liver, lung, sometimes carried out with aspiration puncture and subsequent introduction of pus in an abscess cavity antibiotics, enzyme preparations. Resection body (eg, lung), together with an abscess as a radical current method is only used for chronic abscesses. When formed abscesses of the brain with a well defined capsule is possible to remove the abscess along with its capsule.

Treatment abscess after opening the same astreatment of purulent wounds. Patients provide a varied and balanced diet, it can be shown to the transfusion of blood products, blood substitutes. Antibiotics are prescribed based on sensitivity to them microflora. Use tools specific therapy - staphylococcal toxoid-specific gamma globulin. When abscess that developed diabetes mellitus, a correction of metabolic disorders.

The prognosis for timely begun treatmentsuperficial abscesses, easily accessible for surgical intervention, in most cases favorable. When later executed operation ineadekvatnom drainage of the abscess may be a transition process in the chronic form and generalization of infection.