From changes in the weather today suffers from a largenumber of people. Even a healthy person at least once, but had minor ailment symptoms, the cause of which are environmental factors.


Weather, With her whims andvariability, has always had an impact on the person. No matter how hard modern man to stand apart and to be fully independent from the different natural conditions, the body is very sensitive to wind, heat, cold, etc. How serious can this relationship?

Meteodependent characterized by very many people. Minor ailments the severity of symptoms, occurring under the influence of environmental factors, distinguishes meteosensitivity on heavier symptoms maladjustment of the organism - meteozavisimosti.

Unfortunately, in some cases the reactionthe human body to replace the weather can be quite severe, accompanied by a sharp deterioration in health and mood swings. In such cases the question of meteozavisimosti or meteopatii. According to the results of various scientific studies meteopatiey suffers from 8 to 35% of the population (figures so different from the fact that the shaky line that separates normal reaction of the organism from pathological conduct is very difficult, and so far it is true, and is not defined ).

Meteodependent - is excessivesensitivity in response to changes in the weather, causing a sharp deterioration in health and aggravation of other diseases. This is one of adaptation disorders of the human body to the external environment. 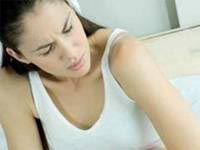 The weather today is really "in vogue." Talk about the weather for the past centuries - one of the most popular. Living in a big city so distorts and amplifies the many natural and weather events that meteozavisimosti symptoms several times heavier. The smog over cities worsens natural illumination, reduces the amount of ultraviolet radiation. Active evaporation of water in the Stone urban jungle bag and, accordingly, high humidity, a large amount of harmful impurities in the exhaust gas atmosphere significantly impair health of citizens. Sensitivity to weather conditions associated with sex, age, family history, general health. Meteodependent most susceptible women emotionally impressionable nature, are middle-aged and older and very young children, patients suffering from various chronic diseases of the cardiovascular, respiratory, nervous and digestive systems. Hormonal changes, such as during pregnancy, change of time zones and climates also weakens our resistance to the vagaries of weather.