Sinister cystitis: how to protect yourself

Almost every woman at least once in their livesfaced with this serious problem - cystitis. Frequent, painful urination, a dull ache in the lower abdomen, nausea ... If the disease run, it can affect many vital organs and cause inflammation in them, which can lead to very serious consequences.

Cystitis - inflammation of the bladder wall. It occurs when the penetration of infection through the kidney or urethra into the bladder. Once ill, the woman at risk to face this problem again and again (infection returned in 15% of cases).

Cystitis - one of the most common groups of bacterial infections.

In the United States each year, 3 million people are turning todoctor about cystitis. In Russia, this disease also suffer from a lot of women. Pollsters surveyed 660 young women from 4 Russian cities. Development, at least one episode of cystitis noted throughout life 19%. 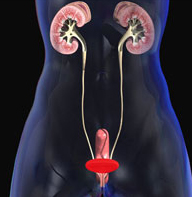 Acute cystitis can appear suddenly. There is a discomfort, a burning sensation in the perineum while urinating - it is frequent (sometimes every 5-10 minutes) and painful, and the amount of urine each time is reduced. The pain can be different: a burning, cutting, stupid - at the end of urination, it is amplified.

The urine may be turbidity (gray or white) and even an admixture of blood. It appears lower abdominal pain, back aches or back. Sometimes a woman has a fever and nausea.

40% bolevshih classical female diseaseThey believed that they suffer far more terrible disease than cystitis - a venereal disease or cancer. 35% reported that they believe that, in their case, cystitis was caused by sex. More than 50% were engaged in self-treatment, and 28% asked for help to the gynecologist.

Thus, the disease can provoke a variety of factors, such as:

Provoke cystitis may stress. Strong psychological experiences drastically weaken the immune system of women. Stress gives you a kind of impetus to the inflammatory process that occurs at the weakest point of the body. Therefore, if you previously had inflammation in the bladder, then stress can be the cause of cystitis.

urinary tract infection in women is very oftenassociated with sexual activity - that is why it is important to personal hygiene. It is believed that if the before and after sex to go to the bathroom (urinate), the probability of occurrence of cystitis is reduced by 2 times.

Some women find that after themenopause, cystitis can not arise - but this is not true. With age, the body loses water, and due to this all body tissues become stiffer, lose elasticity and are compressed as efficiently as before. This also applies to the bladder walls. As a result, the bladder is emptied completely and the infection does not begin to accumulate in it.

According to scientists, if the inflammation of the bladdernot promptly treated, in 40% of cases of cystitis it becomes chronic, which is much more difficult to cure than acute process. Therefore, when the first symptoms of cystitis is important to immediately consult a doctor.

Cystitis Treatment boils down to three main factors: the use of drugs, proper nutrition and personal hygiene.

The use of anti-bacterial and anti-inflammatory drugs is mandatory. The most common medications are:

If after 5-10 days cystitis can not be cured, appointed antibiotics. Usually this ampicillin (500 mg four times a day).

Scientists around the world agreed thatextremely useful in classical women's disease may be cranberry. Experts have proved that if to drink 1.5 cups of cranberry juice a day, exacerbation occur in 2 times less. 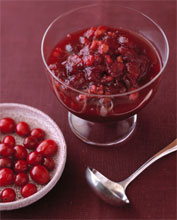 Due to its anti-inflammatory andantibacterial properties of cranberries called a natural antibiotic. In addition it is believed that substances in cranberry juice, alter the composition of the urine and it becomes unsuitable for the life of bacteria.

Cranberry is useful in any form: fresh, dried, frozen, cranberry juice and nectar. Thus, the daily therapeutic dose of cranberries include:

Better, of course, there are berries, as in the juice and fruit contain additional sugar.

Frozen berries are completely optionaldefrosted before use. You can do so: in hot tea to throw a handful of frozen berries, use them best as quickly as possible to cranberries time to melt only at the top, remains frozen inside.

Another useful property of cranberry: Israeli scientists discovered that the component is contained in its juice, which protects cells from the urethra penetration of pathogenic bacteria.

However, there is one significant "but": cranberry juice does not enhance burning during urination. If this happens, the reason lies not in cystitis disease-causing bacteria, and something else.