Causes of lens opacity, cataract types, treatment, indications for surgery and the technique of its implementation.

Kataraktas - clouding of the lens and its capsule. By origin can be congenital or acquired. Congenital cataract is caused in some cases the impact of adverse factors on the fetus during pregnancy (rubella, measles, influenza, toxoplasmosis, hormonal disorders in the mother) may have a hereditary nature.

Causes of cataract and its variants

Acquired cataracts can be the following types: 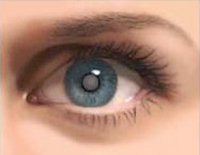 Age cataract develops gradually,since the lens capsule (cortical) or its nucleus (nuclear). Depending on the stage of the cloud distinguish initial, immature, mature and overripe cataracts.

Conservative and surgical treatment of cataract

In the initial stages to preventclouding of the lens of all substances conduct conservative treatment with drugs that enhance metabolism in the lens. This eye drop "Taufon", "Kvinaks", "Oftan Katahrom" and others.

Clouding of the lens, which impairs everydayactivities and limiting the ability to work - indication for lens extraction (surgical removal). Before the operation, you need a thorough examination of both eyes function. When complete blindness (no perception of the eye, light), the operation is not carried out. In the presence of inflammatory processes previously necessary to their treatment. The combination of cataract with glaucoma - the indication to antiglaucoma operations prior to extraction.

Removal of the lens is made under a microscope using microsurgical techniques minute. A special operating table allows to fix the patient's head. 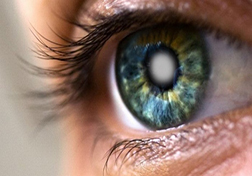 In recent years, for the destruction of the lens and itsremoval using 2 core technology. First - ultrasonic phacoemulsification, ie dividing the lens into pieces by means of ultrasound. The method used relatively frequently, but is contraindicated in elderly patients because of the possibility of dislocation of the lens due to the weakness of Zinn ligaments, as well as a very solid forms of cataract. In these cases, produce laser extraction. Under specially let down by the laser beam of the lens substance literally melts and is easily removed from the capsule.

After removal of the lens in the amendedthe remaining capsule administered collapsible intraocular lens, called an artificial lens. Experienced surgeons-ophthalmologists such operations take 15-20 minutes and does not require general anesthesia or special training.