On the display of the initial stage of liver cirrhosisIt indicates a certain increase in the volume of the abdomen. Bleeding from esophageal varices, changes in the speech and mind talking about the progression of the disease and complications occur. The article about this. 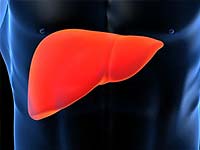 Classification of cirrhosis stages carried out in several ways and is determined by a long and slow course of the disease, when there are several stages.

Detect abnormal liver fails on the basis ofpatient complaints. Most often it is a question of fatigue, marked weight loss without any reasons, and loss of appetite, sleep disorders - drowsiness during the day and insomnia at night, frequent bacterial infections of the respiratory tract, reduced libido and gynecomastia development. Along with an increase in liver and seal marked splenomegaly - an enlarged spleen, a dull aching pain in the kidneys, especially weakness and fatigue after exercise. There are dyspeptic symptoms, such as nausea, vomiting, diarrhea, pruritus noticeable due to the accumulation in the tissues of the bile acids, such phenomena arise in primary liver cirrhosis. It noted a significant loss of the patient's weight and dry skin with numerous scratching itchy. The sclera of eyes and mucosa become yellow, language acquires a bright pink color, the so-called "lacquer language." The occurrence of frequent bleeding the patient may result in bleeding disorders. At this stage, manifested portal hypertension syndrome - an important sign of cirrhosis, it is associated with increased pressure in the portal vein system.

Stage of decompensation characterized by a complete replacement of the parenchyma by fibrous tissue and the inability of the liver to perform its functions. Primary liver cirrhosis at decompensation stage may occur:

The final stage of primary liver cirrhosis is characterized by the following complications.

This stage of cirrhosis of the liver is considered to be reala threat to the patient's life, requires immediate treatment under the supervision of specialist gastroenterologists, internists, surgeons. Cure liver cirrhosis in the final stage it is impossible, but to prevent further development and to ensure a decent quality of life is possible and necessary.