Symptoms of food allergies in adults

Food and drug allergy - a very common phenomenon among urban residents. Let's talk about the symptoms and patterns associated with these symptoms. 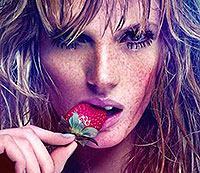 Food and drug allergies in adults differs for reasons
the development of such children. If the latter often allergic to milk proteins
products and eggs, with a great chance to get rid of these reactions as
growing up and maturing intestinal tissue and the immune system, the symptoms of food allergy in adults often stay with the person for life in the absence of specific treatment.

Rare monoallergiya, that is an allergy to a single food
product. In most cases, due to the similarity of many natural antigens
develop an allergic reaction to several kinds of products, as well as
crosswise - on certain medications and pollen of flowering
plants.

Symptoms of food and drug allergies, and similar often appear in the form:

must
Note that drugs injected directly into the blood
channel, can cause the immediate allergic reaction "at the tip of the needle," in
whereas the received response to the food may be considerably delayed or even
develop in waves with the increase in the severity of the symptoms of food allergy in adults. At the same time
It is a phenomenon of sensitization. It consists in the fact that during the initial introduction of
drug allergic reactions can not be, but there is sensitization
to him - produced readiness to respond rapidly to the next administration. 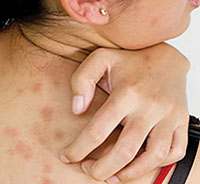 Some
medical supplies drugs can cause yourself
allergic reactions, does not correlate in any way with food. how
Typically, the drug is a non-prescription and are in wide
use - the means of temperature and pain, and even antibiotics often
appointed by the patient themselves, a variety of
ointments, medicines based on natural herbal ingredients. At the dentist
you may encounter with allergies to common anesthetics - lidocaine,
procaine, articaine. High Allergenic medicines have made
based on human or animal proteins - albumin, which is used for the purpose of
correction protein of blood plasma and is used in intensive care units,
blood products - packed red blood cells, plasma, platelet slurry. Therefore
, if there is food
allergies - medication should be of protein nature of Woody with caution.

When a food allergy to proteins
milk and eggs should be aware that cross-reaction is allergic to
common nowadays drug
anesthetic - propofol, which is often used as in full
surgical procedures, and in a short outpatient curettage
uterus, bronchoscopy, colonoscopy and other invasive studies.

Allergic
response to the first use of penicillin is usually explained by the presence of
sensitization with the use of products containing small amounts of it. If allergy to penicillin are excluded from
use of drugs and cephalosporin.