What is Lyme disease

The causative agent of borreliosis 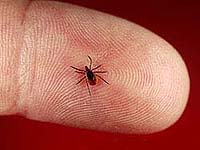 The causative agent of Lyme disease - a type ofBorrelia (Borrelia burgdorferi), from Spirochetaceae family. This - the only species of Borrelia, dangerous to humans and is widely distributed in temperate zones.

In Russia, you can become infected with Lyme disease aftertick bite in the forests of Leningrad, Tver, Yaroslavl, Kostroma, Kaliningrad, Perm and Tyumen regions. In the Urals, Western Siberia and the Far East ticks that carry Lyme disease are found in the pastures. Depending on the season the likelihood of disease after the tick bite varies from 5 to 90%.

How do you get infected

Infection occurs through the bite of an infectedmite. Borrelia tick saliva enter the skin and propagated for several days, after which they spread to other areas of the skin and internal organs (heart, brain, joints, etc.). Borrelia in a long time (years) can be stored in the human body, causing a delayed onset of the disease, chronic illness or refunds borellioza after apparent recovery.

As the disease begins

From the bite to the appearance of the first symptomsruns from 2 to 30 days, on average - 2 weeks. A characteristic feature of the beginning of the disease in 70% of cases is a reddening of the skin at the site of the bite. The red spot is gradually increased, reaching a diameter of 1-10 cm, sometimes up to 60 cm or more. Spot Shape round or oval, rarely wrong. The outer edge of a red inflamed skin, a few towering above the skin.

Over time, the central part of the spot turns white oracquires a cyanotic shade, creates a form of ring. The site of a tick bite in the center of the spot, first you can see the crust, then wound scarring. Spot untreated persists for 2-3 weeks, then disappears. After 1-1.5 months develop signs of damage to the nervous system, heart or joints.

we recognize the disease

Great luck should be considered to establishDiagnosis of Lyme disease at the stage of cutaneous manifestations. Unfortunately, the disease is often suspected manage very late, when fully apparent defeat of the internal organs. Confirm the diagnosis of borreliosis can be using a special blood test. Such studies are carried out in specialized laboratories in infectious hospitals.

Where to treat patients with Lyme disease 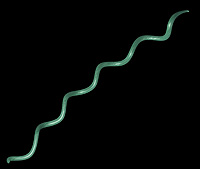 Treatment of Lyme disease is carried out in an infectious diseaseshospital, where, first of all, the therapy aimed at the destruction of Borrelia. Without such treatment, the disease progresses, becomes chronic, and in some cases leads to disability. They have been ill are under medical supervision for 2 years, and examined after 3, 6, 12 months and 2 years.

When bitten by a tick next day should become to the infectious diseases hospital with a remote mite for his research on the presence of Borrelia. It recommends taking Doxycycline 1 tablet (0.1 g) With a view to preventing Lyme disease after being bitten by an infected tick, 2 times a day for 5 days (children are not assigned to 12 years). However, before taking the antibiotic should consult a doctor - drug is contra! In Moscow, in the Institute of Rheumatology RAMS, there is a special group to study Lyme disease.