The official medicine wen called lipoma. It is defined as a tumor of the adipose tissue. whether the operation should always be? 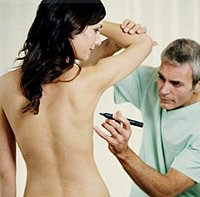 The official medicine wen called lipoma. It is defined as a tumor of the adipose tissue, which is evident even from the name, which is composed of two Greek words: "lipos" - "fat" and "oma" - "tumor".

Wen may affect not only the skin, but the fat tissue, but also other types of tissue (usually the coupling).

Depending on the depth of penetration wenIt varies in density: the deeper it is, the more dense. Most often wen formed under the skin. It is still soft and flexible education that does not cause a person any painful or unpleasant sensations. Sometimes palpation can feel lobulation Wen. Wen can appear on any part of the body where there is fatty tissue: on the head, leg, arm, back, even on the penis.

Wen on the face, usually formed inand the forehead is a smooth moving tumor having an elastic texture. it is recommended to conduct ultrasound to confirm the diagnosis. Upon confirmation of the diagnosis and the consent of the person to surgery the tumor was removed with the use of a method of endoscopic technology. The same recommendations apply to the talc produced in other parts of the body: legs, arms, back, stomach and others.

The following types wen, or lipomas:

Wen does not present a hazard to forstate of the human body, as is a benign tumor. Get rid of lipomas simply can not lose weight - wen will not disappear, as it is still swelling. Sometimes there is an increase in the tumor with the overall weight loss.

Official medicine offers following waysWen treatment: Introduction to tumor drug, promoting its resorption, and surgery. The first method is recommended if wen small, not more than 3 cm in diameter. His pierced with a fine needle through which the medicament is administered. The effectiveness of this method of treatment is about 80%, while the result is not immediately noticeable - only 2 months. At a rate of more than 3 cm tumor patient is prescribed operation.

Wen small size are removed under localanesthesia (obzebolivanie), large - under general anesthesia, after which after the operation will have to stay in hospital for 1-2 days. In most cases it leads to recovery operation. 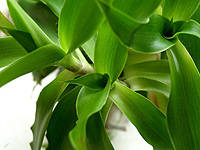 From wen can get rid of using folk remedies. Before use, you should consult with your doctor.

Chicken wrap. Wen to be imposed on the film from eggs takenof chickens. Do not be afraid, if the first time there will be redness and swelling. After they subside, take off the old and put a new film. Change of egg films do several times, until the desired effect is achieved.

Golden mustache. Fresh leaf houseplant golden mustachecut and kneaded, and then applied to the talc, polyethylene film cover, which is placed on a cotton cloth folded in two times. Compress fixed by a patch or bandage. 12 hours later the dressing must be changed using a new sheet. All treatment should be 10-12 days.

Cinnamon. As an efficient, reliable meansagainst Wen can use cinnamon. Continue treatment until full recovery. To do this on a daily basis during the day you need to eat 1-1.5 dining cinnamon.

Balm "The Vietnamese star". There is an experience of healing Wen using balmVietnamese star. It must be lubricated as far as it will reveal not, then gently push the contents can be removed for a few times during the 3 days. Squeeze on talc can not face.