Marfan's Syndrome or are geniuses

Marfan syndrome is also called "geniuses syndrome". And not just because the disease suffered Andersen, Paganini and Chukovsky. The connection between the disease and the "genius" really is. The explanation and the most striking historical examples can be found in the article. 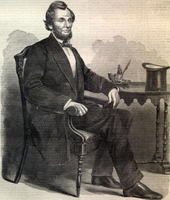 Defects in some genes that influence the formation ofand the development of connective tissue in humans, often lead to disproportionate gigantism. This disease was described in 1896 by French pediatrician A.Marfanom. In the most bright manifestation of the dominant features of people are born with very long arms and legs and a relatively short trunk. Their paws outstretched fingers resemble a huge spider. Hence the title of this figurative imbalances - arachnodactyly (from the Greek dactyl -. And finger Arachna - woman, according to legend, was turned into a spider by Athena). People with these defects are thin extremely, their chest is deformed, the lens is displaced.

This anomaly is known as Marfan syndrome andhalf-lethal considered as associated with heart defects. The syndrome is caused by an inherited defect of connective tissue and is also characterized by lesions of the musculoskeletal system, eyes, and internal organs. The root causes of such defects sufficiently studied.

Often, people with Marfan syndrome die fromaneurysm of the aorta - the largest vessel coming from the right ventricle of the heart, can not withstand the pressure of blood ejected him. People with this syndrome manifest not with all the cruelty, live to middle age. Fortunately Marfan syndrome is quite rare. Experts estimate the probability of its occurrence as a 1/50000.


"Genius" - compensation for the disease

The only compensation that people withMarfan syndrome is obtained from the fate of his vice, - increased blood levels of adrenaline. As you know, this hormone is produced by the adrenal gland and is released into the bloodstream during an emergency. As a result, many of the parameters of the human body (heart rate, blood pressure) are, so to speak, to combat readiness. Thus, people with Marfan syndrome are a lifetime in the excited state: the adrenaline is constantly boosts the nervous system and makes them unbelievable workaholics.

Marfan syndrome suffered several worldfamous personalities, distinguished extraordinary capacity for work. This was a lumberjack, Abraham Lincoln, who by constant self-education, outstanding abilities and, above all, tremendous hard work became US president. He had a tall - 193 cm, with huge feet and hands, a small chest, and long flexible fingers - a typical figure in Marfan syndrome.

Very similar to the physical warehouse Lincolnwas the son of impoverished shoemaker, who later became a great writer of the XIX century., Hans Christian Andersen. His extraordinary diligence was manifested in school. His literary works he copied ten times, achieving ultimately masterly precision and style at the same time ease.

Contemporaries described him as the exterior: "He was tall, lean and extremely peculiar for posture and movements. Hands and legs were disproportionately long and thin hands wide and flat, and feet so large that it will probably never have to worry that someone will substitute his galoshes. His nose was a so-called Roman forms, but also a disproportionately large and as a particularly stood out ahead. "

Tension, which, apparently,was kept this talented man, he gave rise to a lot of fears. He was afraid to get sick with cholera, affected by the fire, an accident, losing important documents, take the wrong dose of medication ...

History is the case when the long, thinHuman fingers with Marfan syndrome with an impressive capacity for work helped to make their owner a fantastic career. We are talking about the famous violinist Niccolo Paganini. Goethe and Balzac describes his appearance in his memoirs: deathly pale as if fashioned from wax face, sunken eyes, thinness, angular movement and, most importantly, a thin highly flexible fingers, some incredible length as if twice as long, than that of ordinary people. This purely morphological feature allowed him to create miracles with the violin.

In the crowd, to listen to the improvisation of PaganiniRoman streets, some said that he was in league with the devil, others - that his art is the music of heaven, which heard angelic voices. He played so that the audience seemed somewhere hidden second violin, playing simultaneously with the first. Many up to the XX century. We believed rumors that the young Niccolo enlisted the assistance of a surgeon, who made him an operation to increase the flexibility of hands. Now we know that, most likely, their data, he was obliged to rare genetic disorders.

For the first time to communicate with skill Paganini syndromeMarfan have an American doctor Myron Schoenfeld in an article published in the "Journal of the American Medical Association." He pointed out that the physical description of Paganini - pale skin, sunken eyes, thin body, awkward movements, "spidery" fingers - exactly the same as the description of the appearance of people with Marfan syndrome. As you know, at the end of his life the great musician almost lost his voice. This is further evidence in favor of what Paganini had Marfan syndrome, since it is often a complication of the disease is severe hoarseness or loss of voice due to paralysis of superior laryngeal nerve.

Preserved medical journal, who treated Paganini. Made it records confirm the classic symptoms of Marfan syndrome: asthenic addition, a pronounced scoliosis, "bird" facial expression, narrow skull, protruding or receding chin, eyes with blue sclera, laxity of joints, disparities in the size of the trunk and limbs, hands and feet long thin "arachnid" with your fingers. Not surprisingly, it is not just a game of Paganini, but also its very unusual appearance made an impression on his contemporaries, sometimes giving rise to the most unbelievable legends about the musician.

It should be noted, that in itself Marfan syndrome is notIt has a musical talent. Except Paganini, among patients with this syndrome was not outstanding musicians. As to Paganini, the disease only gave him great technical ability and a great musician, a great artistic legacy that includes, in addition to works for violin and other instruments and orchestra and over 200 pieces for the guitar, he was due to his great talent and hard work, also indirectly associated with Marfan syndrome.

Surely you recall the two more famouslong, clumsy and talented "Nosach". This is Charles de Gaulle and Roots I. Chukovsky. The active nature of the future president of France so vividly manifested in his youth, that many of his colleagues in the Army before World War II had already predicted in his generalissimo. The head of de Gaulle always towered over the sea of ​​helmets and berets marching soldiers. At the same time, sitting at the table, he seemed quite ordinary man. The secret of its disproportionate wing in addition, so typical of Marfan syndrome.

Above all in the crowd, and was beloved children author"Boldly Buzzing Fly", "Moidodir" and "Cockroach". His long-armed, long-legged, big-nosed and general awkwardness figures repeatedly played up in cartoons. "I have worked all my life. As an ox! As the tractor! "- He wrote about Me Korney Ivanovich. And it was so, even though his titanic performance for many readers of children's poems of the writer, not familiar with its numerous special literary articles and translations, remained hidden. As Hans Christian Andersen, Chukovskij repeatedly rewrote his every line. "I have never seen that someone else with such difficulty was given to the technique writings", - he remarked to himself.

From our contemporaries Marfan syndrome,He may have suffered a biologist GV Nikolsky. By the time the end of the Moscow University, he had been five published works. Over the next 30 years the number of its printed publications exceeded 300, and among them was about ten books. This amazing capacity for work can boast not everyone, even very capable scientist! Can we then argue that any violations caused by genes in the development are definitely harmful?