Ebola: features of the epidemic in 2014

Information about the beginning of the epidemic of Ebola feverHe appeared on February 9 and two months later it became clear that the current outbreak will have a major scale. On the features and forecast epidemic this year in an article. 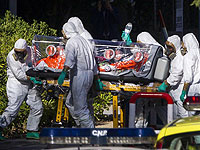 Ninth of February this year, was officiallyIt announced the beginning of the epidemic of Ebola haemorrhagic fever. Since the Ebola virus epidemic of the infection was discovered in 1976 occurred in West Africa, with enviable regularity, but that the current outbreak is planning to be the most severe, it became clear after only two months after it started. The reason for the excitement was the even number of the dead and the living, and the geographical spread of cases. First fever was detected in the largest administrative region, then it covered the entire south of the country and reached the capital of Guinea Conakry city. At the same time cases in Liberia, Sierra Leone, Nigeria, it was reported. Later Ebola patients have been identified in China, the US, Europe, though they all came from West Africa.

The dynamics of these numbers really alarming,because it is very similar to a geometric progression. And because in the next few months, epidemiologists do not expect a decrease in activity of the epidemic process, scary even imagine how dangerous the situation becomes.

During the current epidemic of Ebola doctorshave to contend with the aggressive strain of the virus, the Zairian who kills 9 out of 10 people infected. Specific medication for the infection of 40 years of research has not found, those drugs which have been developed and tested on animals, have been ineffective.

The carriers of infection are fruit volatilesmouse, when in contact with them and use their meat infected primates and people. Next, the infection spreads among people from sick to healthy in the care and close contact, by contact with the blood, with objects contaminated by the virus. 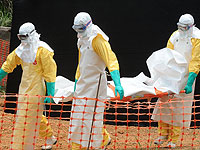 Epidemiologists believe that the cause of the outbreakinfection is the lack of public hygiene habits to comply with the rules of ritual traditions of the people, in fear of the people before the disease and reluctance to see a doctor when the first symptoms of it.

Poorly educated people in rural villagestrying to hide from all the relative disease, trying to care for him alone and become infected. The dead are buried secretly, too, but respecting all traditions: wash the body and to bury a long time are close to the deceased. Ignorance and lack of awareness of Ebola fever prevention measures according to experts is not less dangerous than the agent of the disease.

The only way to fever preventionEbola today are obschegigienicheskih and non-specific anti-epidemic measures. While there is no vaccine against the virus and cure for a terrible disease that it causes, the main doctors' efforts are aimed at clarifying the public protection against infection. 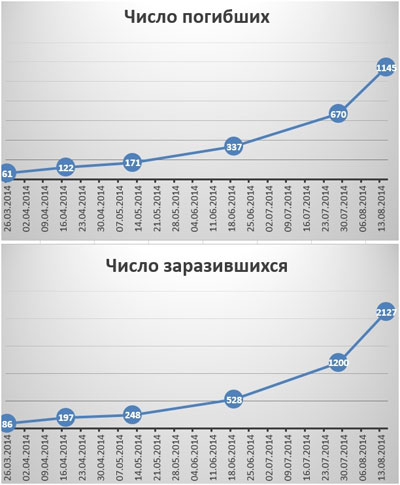