According to preliminary data FPHI, at the end of 2013in the Russian Federation were registered 211.9 thousand TB patients -. it is less than in 2009, when there were 262.7 patients in the country. But remains consistently high number of patients with multidrug-resistant Mycobacterium tuberculosis: 34 778 in 2013 (according to preliminary data FPHI) year against 34,838 in 2012. 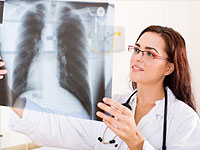 These data suggest that there are twodivergent vectors. On the one hand, the improvement of diagnostic methods and therapeutic regimens lead to reduction in number of patients with this highly contagious infectious disease. On the other, a growing number of drug-resistant pathogens, which in turn, allows us to speak about a satisfactory situation in the fight against tuberculosis. incidence figures in Russia are comparable with those of the World Health Organization: in recent years, the incidence rate in the EU is also reduced by an average of 5% per year. However, the situation with wide or multi-drug resistance remains a difficult, indicators of treatment of such patients is very low.

WHO experts point out that countries withhigh prevalence of drug-resistant tuberculosis is necessary to develop national programs to identify patients to assess the scale of the problem and take the necessary measures for the treatment of such patients. One of the strategic objectives in the field WHO calls the increase in the diagnosis of the disease, the introduction of modern high-precision methods of detection of tuberculosis, which corresponds to the main tasks facing the Russian health care. According to the chief freelance phthisiatrician MoH Irina Vasilyeva, "Tuberculosis - a disease that develops slowly and go slowly, to overcome it is necessary to time, as well as improved diagnosis of the disease in order to prevent the emergence of drug-resistant mycobacteria with wide or multi-drug resistant".

The most important condition for the effective fight againsttuberculosis, especially with its most severe forms of drug resistance, is a fast and accurate diagnosis, which is essential for the timely start of treatment. Until now, the treatment often prescribed before the results of tests, therapeutic regimen does not always imply an impact on the specific mycobacteria - tuberculosis pathogen. Today, with the advent of tools for diagnosis using the technique of liquid media, the situation may change for the better. Methods of liquid media is a breakthrough way to identify the type of mycobacterium tuberculosis. It allows a fast and accurate compared to traditional methods of microbiological diagnostics, to identify causative agent type and assign a therapeutic scheme that will be effective in each particular case. This is particularly important in the treatment of tuberculosis and extensively multidrug resistance.

The World Health Organization in 2007He was named the technique of liquid media "standard of care" in the diagnosis of tuberculosis. October 28, 2013 was accepted by the Government of the Russian Federation on financial support measures aimed at prevention and treatment of tuberculosis, which means at medical institutions will have a real opportunity to improve diagnostic tools. It is assumed that after the adoption of the recommendations of the Federal clinical diagnosis for liquid media will become mandatory in the allocation of Mycobacterium tuberculosis and the choice of therapeutic regimen.

General Director of BD in Russia and CISElena Chirkov stresses the importance of the positive changes taking place in the fight against tuberculosis: "According to our data, the diagnostic technique in liquid media allows you to put an accurate diagnosis more quickly than with conventional microbiological tests. The introduction of modern effective methods of diagnosis requires the joint efforts of health managers, scientists, clinicians, representatives of the medical industry. But these efforts, in the end, can provide a more accurate diagnosis, the correct assignment of treatment, and in addition - to bring considerable savings of budgetary funds, and in the future - contribute to the overall improvement of the situation with the incidence of tuberculosis in the country. "