Symptoms of ischemic and hemorrhagic stroke in men and women, especially the disease. 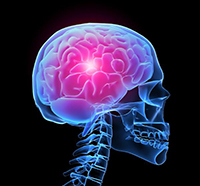 Stroke symptoms generally do not representsomething difficult to detect. Of course, much depends on the shape and scope of the destruction of brain tissue. However, most cases of the disease can be detected in the first few minutes, and it is - the key to successful treatment and minimize the consequences.

Symptoms of ischemic stroke is very diverse. It all depends on how a blockage of the arteries feeding the brain. What is important, and the caliber of these vessels, and the area has undergone a defeat.

Typically, the disease symptoms are divided into two groups - and focal cerebral. The first group includes symptoms associated with what centers of the brain damaged.

Depending on the affected area of ​​the patient may experience:

The second group includes a variety of common symptoms:

In hemorrhagic stroke is possible and the emergence of meningeal symptoms:

The patient may experience symptoms and disorders of higher nervous activity:

Symptoms of ischemic stroke in both men andWomen rarely appear instantly. Typically, clinical disease increases for minutes and hours and often even days. When symptoms of hemorrhagic form of the disease rarely develops long. It is in this form in the old days was called "apoplexy". However, no matter how developed the disease, anyone can suspect her appearance and sound the alarm.

Symptoms of stroke: how not to be mistaken?

The appearance of any of these symptomshuman, not previously suffered anything similar, probably indicative of the occurrence of stroke. It's hard, of course, remember all the symptoms that can occur in a patient. Therefore, scientists have come up with special complex manipulations with high reliability allows to suspect illness.

This test is called FAST and stands as follows: 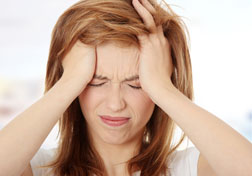 If he did not understand the request, or he made it incorrectly or indistinctly pronounced sentence, swallowing parts of words or whole words - he had a stroke.

In Russia, this test is to remember the convenience was called SLM test. Explanation is simple: to smile / speak / raise their hands.

If the result of any of the paragraphs of this test method should not be wasting a minute to call an ambulance!

List all the symptoms of a stroke is very difficult. Yes this is not necessary. It is enough to understand that any change in the health of the person must immediately alerted. Visual impairment and speech, motor functions and sensitivity, much less loss of consciousness - these are the first reasons to call your doctor. Do not neglect this, because immediately the price may be too high.