Home>Psychiatry>Psychiatrists treated not only crazy

Psychiatrists treated not only crazy

Just amazed watching how sometimes people who are notneglect medical help in the treatment of the common cold, no hurry to use the services of experts for its treatment of mental disorders. Why? Let's try to figure it out ...

Mental disorders as diverse and distributed, as well as
bodily disease. However, if people are suffering from physical ailments like
usually seek the help of professionals, mental illness often
ignore, though the damage to their material
well-being and quality of life, often comparable to or even greater than
the effects of running physical illnesses. We list a number of typical
plants that prevent the timely receipt
qualified mental health and psychological care.

The price of their own health 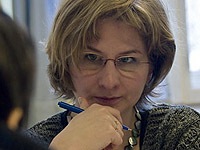 We often hear people referring to the services of psychologists and psychiatrists, saying: "For me, it's too expensive."
However, these patients tend to forget that timelyappeal to the specialist can save money, and most importantly - to achieve stable positive results up to a complete cure.

High quality care is not cheap. But the damage caused by a mental disorder takes a lot more money, time, energy, health, both in the patient and his relatives.
Remember that health - the most important thing!


On Accounting and Control


"I will put on record" - frightened townsfolk. These fears are unfounded, but they have their reasons.

The existence in our country for manys Institute of involuntary psychiatric care permanently undermined the confidence of citizens in this specialty of medicine. In the relatively recent past, recourse to a psychiatrist had significant social consequences in the form of statement on accounting, possible disability, human rights and freedoms. Although we have long been living in another country, many still associate mental health care with an indelible stigma of a madman message to the Party committee and the production and nationwide publicity. Recall that today in our state mental health care is voluntary and anonymous, just like any other health care provider.


Psychiatrist - not only for crazy


"The psychiatrist treated just crazy" - convinced some people.
This belief is rather a consequence of our distrust anything new.
In the West have "your psychiatrist" generally, and evenprestigious. It is hoped that our fellow citizens and to care about your mental health will, in the end, natural, commonplace. When that blessed day comes, care psychiatrists will mainly prevention rather than treatment, since, as everyone knows, the disease is easier to prevent than to cure.


"In my state there is nothing special" - people comfort themselves.

Many believe that the steady decline inmood, irritability, anxiety, fears, recurring misunderstandings in interpersonal relationships, a sense of emptiness and loneliness, ineradicable bad habits, lack of "zest for life" - it's "just" a particular character, something as inevitable as eye color.
Meanwhile, often hiding behind these manifestations of mental disorder. "Unfortunately" - is unnatural, unhealthy state. Emotional balance can and must recover!

On the dangers of self-diagnosis


"It can not be cured" - another incorrect installation.

A common obstacle to seekingusing a misunderstanding of the nature of their suffering. "It is possible to treat diseases of the body and the soul because there is no special body - what then will be sent to treatment?" This position is wrong at the facts: according to modern concepts, mental disorders - the result of systemic imbalances, that is, poor health is inevitably accompanied by violations of neurochemical and endocrine metabolism. That is why a qualified specialist before you decide to diagnosis and treatment, aims to comprehensively and thoroughly investigate the work of all body systems.


The question of the primacy eggs and chicken


Some people, though, and recognize that with them "that something is not right", but do not rush to a psychiatrist, thinking that "my state of mind - a consequence of bodily diseases."

But we must remember that mental declinetone inevitably leads to a drop in immunity, and the man, in fact, become vulnerable to physical illnesses. Restoring mental health helps to maintain physical health. It is no secret that resilient people are living a full life, even more rarely get cold. Furthermore, the physical ailments themselves may be a manifestation of some mental disorders. Often people go to doctors for years, but can not find the cause of his poor health. In the meantime, help is so close ...


Independence is not welcome


"I have to handle myself" - say some people imagine. And wrong.

The situation recourse to specialists inMental health is perceived as a sign of weakness. In itself, the desire for independence, of course, commendable. But what would you say if reasoned patient with diabetes or cataracts? Such a position - one more pernicious consequence of misconceptions about the nature of mental disorders. Mental illness are similar disease solid, at least in one respect: left unattended, they have exacerbated the property. Timely recourse to help save the mental strength to deal with real problems.


All will certainly be adjusted


"I will always be bad", - one of the most dangerous plants.

Typically, mental disorderIt makes itself felt in all spheres of life, significantly reducing its quality. It is not surprising that a man who does not understand what was happening to him, sees these negative changes as irreversible. Thus, he refuses to fight, which exacerbates his already adverse condition.