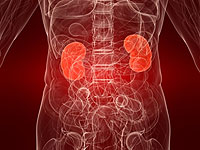 Chronic pyelonephritis - an infectiousinflammatory disease characterized by lesions of the renal pelvis system of tubules and subsequently glomerular renal vessels. Most often the disease begins in childhood and is a continuation of acute inflammation of the kidneys. The presence of constrictions of the ureters, stones, chronic urinary retention in the bladder and other factors that violate the movement of urine for urinary tract, contribute to the development of the disease.

Chronic pyelonephritis - widespreaddisease, but intravital diagnosis is established only in a third of cases. The reason for this long-term course of the disease hidden, the almost complete absence of external symptoms and specific laboratory signs. Most chronic pyelonephritis diagnosed many years after the start, when kidney failure leads to significant changes in the patient's condition.

Reasons for the development and exacerbation of chronic pyelonephritis

Pyelonephritis - an infectious disease,caused by mixed microflora: Escherichia coli, Proteus, mycoplasma, staphylococci, streptococci and other bacteria. Pathogenic microorganisms retained in the kidney due to its ability to form a stable shape, which are not antibiotic and antiseptic agents.

Initially formed in one or more kidneyfoci of inflammation, in the place where the scar tissue is formed. As the scars of the disease is becoming more active and functional renal tissue less. As a result of chronic inflammation often becomes a "kidney" arterial hypertension and chronic renal failure.

For a long time chronic pyelonephritisstale and has little effect on the patient's condition. Exacerbations of the disease are largely weakness, fatigue, a certain heaviness in the lower back and the change in the urine, which can be found exclusively in the laboratory study.

As the progression of chronic processsigns of exacerbation of chronic pyelonephritis are weakness, loss of appetite, nausea, fever, chilling or chills, headache, a dull ache in the lower back and upper abdomen, painful and frequent urination.

Exacerbation of chronic pyelonephritis is often accompanied by pallor, swelling of the face, hands and feet, in severe cases - swelling of the whole body and the accumulation of fluid in the abdominal and thoracic cavity.

What to do during exacerbation of chronic pyelonephritis 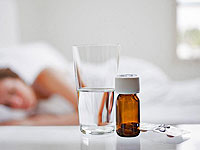 First of all, when the signs of inflammationKidney should seek medical help. Emergency aid is usually not required, but a call to the local doctor to the house and visit a urologist is not necessary to delay. With active during the inflammatory process must be treated in a hospital.

The full survey will clarify the nature ofinfectious agent, the degree of activity of the inflammatory process, the factors that support the existence of pyelonephritis and the cause of his relapse. In chronic pyelonephritis conduct laboratory testing of urine, including tests for sterility, the nature and sensitivity of microorganisms to antibiotics. According to the analysis prescribed antibiotic therapy, which is aimed at the destruction of the active forms of the microbes.

Ultrasonography, computertomography, radionuclide scintigraphy allow to specify how far through the process to establish the degree of renal dysfunction and choose the methods for correcting these violations.

Treatment of chronic pyelonephritis implies removing obstacles outflow of urine: the removal of kidney stones, the elimination of ureteral strictures and other interventions.

In addition to sulfa antibiotics are appointeddrugs, vitamins, immunomodulators, preparations improving microcirculation in the kidneys. Mandatory condition for stable remission - the elimination of chronic foci of infection in the body, treatment of chronic diseases that reduce the body's defenses.

When stored in the secretory function of kidneysa break between courses of antibiotic therapy patients need to keep drinking regime. It is recommended to drink during the day 2-4 glasses of cranberry juice, infusions and decoctions of medicinal herbs that have diuretic and antiseptic action. Drinking plenty of fluids helps to wash out pathogens from the kidneys and thereby prolongs remission.

In severe cases, chronicpyelonephritis, formation of a large amount of scarring in renal tissue and renal scarring, which leads to hypertension and renal failure is shown nephrectomy, i.e. removal of diseased kidneys and possibly replacing it with donor organ.