Swelling during pregnancy is not only unpleasantbut it can also be dangerous. Because the swelling often indicate such an unpleasant disease as nephropathy. But do not worry in advance - there are several different ways to help this trouble.

Many women in the second half of pregnancyappear edema. First, swollen legs (usually it happens in the evening after a hard day), then the expectant mother notices that favorite rings are tight, and disappearing in the morning a small swelling of the feet and ankles became more "stubborn" in nature, persist after a night's rest, and in addition " crawl "up. And like no pain, only a certain heaviness in the legs, and general state of health is much better than in the first weeks and months of pregnancy, when the tortured nausea, vomiting, heartburn and intrusive odors. But this is only apparent relief. 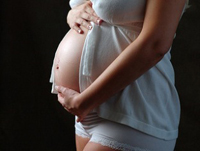 Swelling in the second half of pregnancy - isthe first sign of serious complications - nephropathy pregnant. Later, the swelling can join protein in the urine, high blood pressure, can worsen blood flow in the placenta, which, of course, affects the development of the baby.

Nephropathy increases the risk ofpreeclampsia and eclampsia - very severe conditions that threaten the lives of mother and child and manifesting a headache, loss of consciousness, seizures, occurring against the background of a significant increase in blood pressure. And the more severe nephropathy occurs, the higher the risk. So do not dismiss even the smallest and most insignificant of the eye swelling.

Be sure to follow the doctor's advice,Take medications prescribed to them. And in the background of this treatment is possible (if there are no contraindications, are hypersensitive or allergic reactions) in order to maintain your health and your baby's health, in order to reduce edema and improve their well-being to use the accumulated experience of centuries of folk medicine.

If a woman is hospitalized nephropathy. For small swelling expectant mother can stay at home, but it is necessary to observe gentle, protective regime of the day. This means that a woman needs to spend more time on the couch lying down or reclining, do not lift weights, do not run to the shops and not "dance" half a day at the stove.

It was noted that in the horizontal positionkidney experiencing less load, accordingly, they perform better, the amount of urine increases, and decreases swelling. We must remember that in the later stages of pregnancy the uterus can compress the vessels of the abdomen, especially in the supine position, and this, in turn, may lead to increased swelling and impair the general condition. In this situation, it helps small cushion planted under the right buttock (to an enlarged uterus is shifted to the left) or the position of lying on his left side.

Reduce the intake of fluids up to 800ml per day. Under the restriction falls and salt: a woman should nedosalivat meals that she cooks for herself. The enemies of the expectant mother and friends edema - sugar, all sweet, as well as those products that are rapidly digesting, turn into the most sugar. It's potatoes, pasta and other "vermicelli Company", polished rice, flour and products made from it.

Food should not be fried, grilled, pepper,pickled, salty and sharp. Cook steamed, boiled, simmer. It should be consumed in sufficient amounts of lean meat, poultry, lean fish, eggs, cottage cheese, yogurt and other dairy products that are not salted or sharp cheeses. 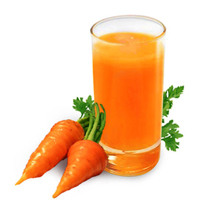 Own many have a diuretic effectvegetable, fruit and berry juices. Of these options, choose for themselves the one most suitable, alternate or multiple (eg, a day or a week admission). Several juices can be blended (for example, carrot, pumpkin, and cucumber), but the total amount of juice should not exceed one third - half cup once a day, unless otherwise indicated.

What it offers herbal medicine

Herbal medicine also offers some recipes -like extracts from a single herb and special charges for the treatment of edema pregnant. If you do not you are hypersensitive, then pick up for yourself is one of the recipes presented or some alternate one month of reception (just be sure to check with your doctor).

And a few traditional medicine recipes

In the treatment of initial manifestations of nephropathymust be included drugs with sedative (calming), antispasmodic effect. You can select one or more sedative infusions, specially composed for the treatment of pregnant women (receiving various infusions can be alternated).