Home›Endocrinology›Features of the nodal goiter during pregnancy

Features of the nodal goiter during pregnancy

The development of nodal goiter during pregnancy in most cases occurs in women living in areas with reduced iodine content in the environment. As a rule, such a goiter is not tumor education, and no appropriate therapy is required. 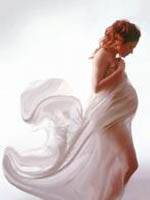 The prevalence of the nodal formations of the thyroid gland among pregnant women is small. In the overwhelming majority of cases in pregnant, suffering from thyroid disease, a nodal colloid proliferative goiter is detected, which is not a tumor disease of the thyroid gland and, as a rule, does not require operational treatment. In addition, the nodal colloidate goiter, confirmed with a thin-game aspiration biopsy, is not a contraindication for pregnancy planning, with the exception of large nodal formations (more than 4 cm), which are accompanied by compression syndrome. In this situation, more rationally plan a pregnancy after surgical treatment against the background of reliable compensation of hypothyroidism.

On the other hand, if a pregnant woman has a large nodal proliferating goiter (the diagnosis is confirmed according to the cytological research data), then, with the exception of situations, when squeezing the trachea arises, the operational intervention is postponed before the postpartum period. The nodal and multi-node euthyroid colloid proliferative goiter is not an indication for interrupting pregnancy.

As besides pregnancy, when the detection of 1 cm in the diameter of the nodal education, a woman is shown to conduct a thin game aspiration biopsy. Ultrasound control significantly increases the information content of this method of research, especially when it comes to cystic hubes. If the nodal formation is revealed in the second half of pregnancy, then a thin-game nodular biopsy can be transferred to the postpartum period, since this kind of manipulation by many pregnant women is poorly perceived psychologically, accompanied by severe stress. Transfer of a thin game aspiration biopsy for 2-4 months, with the exception of a rare pathology of the thyroid gland, is not accompanied by any risk.

Indications for the operational treatment of the disease

The most optimal period of operation is the second trimester of pregnancy. After removing the thyroid gland, which is shown in the thyroid cancer, the patient is immediately assigned replacement therapy L-thyroxin.

Returning to the problem of the most frequent nodal pathology of the thyroid gland, during pregnancy the risk of a significant increase in the nodal formations (nodal and multi-node colloid goiter) is not so great. Since in the overwhelming majority of cases, the function of the thyroid gland is not violated, then pregnant women show individual iodine prevention of physiological doses of iodine. In any case, the control of the function of the thyroid gland is shown with the determination of the level of thyrotropic hormone and thyroxine in each trimester of pregnancy. The question of the appropriateness of the appointment of Suppward therapy L-thyroxin, which in some cases is used to treat the nodal colloid proliferating goiter, is postponed until the postpartum period.