Chlamydia affects a significant part of the population,second only to trichomoniasis among genital infections. However, this is a separate infection, which has its own characteristics and is treated with strictly defined methods. 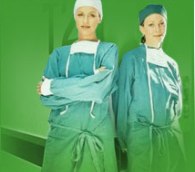 After chlamydia, unfortunately, is not formedimmunity to re-infection with chlamydia. When a person is ill, they produced antibodies to chlamydia. First, there is an immunoglobulin M, he will play in the acute phase. In the midst of infection and recovery produced immunoglobulins A and G.

Since chlamydia develop inside the cell, getting there by phagocytosis, that is, the "ingestion" of the cell, there is a strong protection unit, which is the phagocytosis.

Chlamydia destroy the cells in which they live,produce toxins. Primary Chlamydia hearth gradually spreads mucosa, which speed depends on the patient's immunity and power of the microorganism itself.


The manifestations and complications of chlamydia

Chlamydia enters the human body throughgenitourinary system. Further, it is possible the development of an ascending infection with the appearance of the genitals is hlamdioza. Chlamydia can be acute (rare), subacute and chronic.

Acute chlamydia ends in 2 monthsIt is characterized by severe symptoms, which leads to see a specialist. Duration of chronic chlamydia more than 2 months, it has erased or symptoms generally does not manifest itself, discovered by chance or after exacerbation.

Unfavorable for chlamydia leads tocomplications, the most serious of which is an infection of newborns and infertility. Up to 30% of infertile marriages due to latent chlamydial infection. Untreated chlamydia leads to a variety of lesions of the pelvic organs. Chlamydia differs, for example, gonorrhea less severe inflammation, complications but more likely, resistance to treatment. Complications and the flow may vary from the initial infection period if chlamydia is complicated pelvic inflammatory disease, pain can be very sharp. Occasionally chlamydia can even capture the liver.

In men, chlamydia often has the following symptoms:

Discharge, and so small, a few daysturn into "a drop of the morning." The urine may be mucus and pus. Urethral chlamydia is often caused not only by chlamydia, and trichomonas, gonococci, etc. Prostatitis caused by chlamydia, usually proceeds were obliterated. Threatening complication of chlamydia - epididymitis (inflammation of the epididymis), often leads to infertility.

Women are usually the primary site of infectionobserved in the cervix (cervicitis) Chlamydia spread and directed toward the urethra, the uterus, tubes. The first manifestations of chlamydial infection appear within 2-5 weeks after infection. Women notice the faint of pain and more intense isolation. On examination, visible redness, swelling, and slight swelling of the mucous. With these symptoms, people often do not seek medical attention, which increases the risk of complications of chlamydia. In women, chlamydia is asymptomatic in 90% of cases. Minor pain, itching, burning, discharge - all manifestations. Due to the high incidence of hidden flow of chlamydia and severity of possible complications, some categories of women must necessarily be examined.


Diseases caused by other chlamydia

Chlamydia eye disease develops whenflagrant violation of rules of hygiene and indicates asymptomatic urogenital chlamydiosis in the patient or his partner. Sometimes getting chlamydia in the eye occurs in an infected pond. This eye disease - not trachoma, which is caused by chlamydia, too. Trachoma causes blindness in tropical countries, and is not associated with sexually spread.

Other chlamydial species cause inflammationthroat and groin lymphoma. This is a very painful loss, with very unpleasant complications extraordinary increase in the size of genitals, called elephantiasis, and scarring of the rectum, which can lead to intestinal obstruction.