Diagnosis «Ureaplasmosis» Now, unfortunately, not uncommon. And sometimes a woman first finds out about it only during pregnancy. How dangerous is this disease for mom and baby?


When ureaplasm is becoming a causative agent?

Ureaplasmosis pathogens populate the vagina of a healthy woman in 60% of cases.

This indicator affects the sexual activity of women.

The child may become infected from the mother during childbirth when passing by labor pathways. In extremely rare cases, the child is infected with ureaplasms of intrauterine, that is, during pregnancy, but still more often the placenta reliably protects it from these dangerous causative agents. Intrauterine infection of the baby is most likely with primary infection by ureaplasms during pregnancy.

Once in the sex paths or in the urethra channel, ureaplasm can behave quietly, and can develop rapid pathogens. It all depends on the initial health status of an infected person. In the worst case of ureaplasm, it begins to multiply quickly and damage everything that comes across. Ureaplasmosis arises. Men ureaplasm is primarily affecting the urethra and prostate gland, in women - vagina. 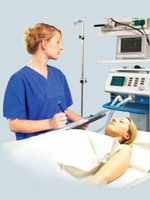 4 weeks after entering ureaplasm in the body, the symptoms of urethritis are developing - inflammation of the urethra: there are burning and pain in the urethral channel when urination and mucous allocations appear, more often in the morning. If the infection occurred with oral sex, angina develops with all the symptoms ordinary for it. Especially it would be especially necessary to emphasize that the above-described manifestations of ureaplasmosis are more characteristic of men - in women, the disease may not attend themselves or express more strongly than usual, mucous discharges. But weakly manifest symptoms of the disease do not exclude its seriousness.

If the infected person does not begin to be treated, in a few days the symptoms of urethritis pass by themselves, which often serves as a reason for calm. But, unfortunately, ureaplasmosis does not end. Infection, as a rule, settles in the wall of the urethra, in the prostate gland in men and in the vagina and in the uterus in women. From now on, the disease will only wait for its o'clock, that is, a decrease in local immunity to prove oneself in full force. The reason for this can be overcooling, significant physical exertion, prolonged stress, any cold or inflammatory disease, and T.NS.

Colpit is manifested by whitewash or mucous secretions in more than usual, quantity. This is how ureaplasmosis can manifest itself during pregnancy. Against the background of an increased amount of discharge in the norm, as well as frequently during the tooling of the baby of the vaginal candidiasis (thrush), these phenomena may remain unnoticed.

Outside pregnancy, the endometritis is manifested by the same whiskers or abundant mucous discharge, pain at the bottom of the abdomen. If there is ureaplasm in the body of pregnant, these microorganisms can serve as a factor in the risk of development of postpartum endometritis.

Cystitis causes pain in urination, frequent urges for urination. Pyelonephritis is manifested by pain in the lumbar region, increasing temperature. Cystitis and pyelonephritis can manifest itself both during pregnancy and after delivery.
Ureaplasma can cause infertility.

There are often cases when due to low pathogens of pathogens, on the one hand, and because of the good state of the body's immune system - on the other, mycoplasma for a long time (up to several years) does not show themselves. This situation is called the carrier of infection, and it represents a significant danger. A person may not even suspect that he in the body attached ureaplasm and that he is able to infect his partner.

In addition, even without letting oneself by means of ureaplasm, it creates a suitable background for the development of other diseases, and a person - a melaplase carrier becomes much more susceptible to any other infections, especially sexually transmitted infections.


Effect of ureaplasmosis for pregnancy

Ureaplasmosis can cause spontaneous interruption of pregnancy at an early stage. The placenta protects the child from infection if the woman has become infected before pregnancy, but in 50% of cases, the child is infected during childbirth, passing by the infected generic pathways of the mother. In the woman, the disease passes into a much more severe and widespread form.

Ureaplasmosis, first arising during pregnancy, when the placenta is not yet formed, can lead in the first trimester to miscarriage due to the formation of serious malformations of the fetus (nervous, cardiovascular and other systems).

In the second and third trimester of pregnancy for the first time, the disease arisen, as well as ureaplasmosis, which was even before pregnancy, could cause the threat of abortion, fetoplacentar insufficiency - a state in which the baby lacks oxygen and nutrients.

In any case, the detection of ureaplasmosis during pregnancy is not the reason for its interrupt. Proper and timely treatment will help a woman to endure and give birth to a healthy baby.

Completion is necessary in all cases suspected disease.
For reliable laboratory diagnosis of ureaplasmosis today, a combination of several methods selected by the doctor are used:

Only this method can determine the amount of ureaplasm, which should be sufficient for the possibility of the development of the disease. The bacteriological method allows you to identify the stability and sensitivity of the pathogen to antibiotics before they are appointed. In addition, the effectiveness of the treatment itself is also checked by the bacteriological method. 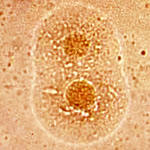 Mandatory condition when detecting ureaplasmosis is the treatment of both sexual partners. Sexual contacts during treatment need to limit.

When detecting ureaplasm during pregnancy, treatment is carried out in any case, its life start depends on the peculiarities of the course of pregnancy. If one or other complications arise (the threat of interrupting pregnancy, gestosis, aggravation of chronic diseases and t.NS.), treatment starts with complications.

If pregnancy proceeds safely, the treatment is prescribed after the 30th week to ensure the absence of the pathogen in the birth paths by the time of the birth of the kid.

For a long time, the main means of treatment of ureaplasmosis were the drugs of tetracycline row. However, they require quite a long admission, which increases the risk of side effects. According to many years of experience, erythromycin is affordable, quite efficient and safe for the kid by the drug.

A promising drug of the group of macrolides, relatively recently emerged in the domestic market, is Vilplerafen.

Vilplerafen causes much fewer side effects from the digestive tract than erythromycin. It does not have a damaging effect on the fruit, does not cause malformations of the fetus. At the end of the course of antibiotic therapy, the course of recovery of the vaginal microflora with special drugs.

In women, the control of cureness is carried out by bacteriological research of sex tract smears in 7-8 days after the end of treatment or after 14-21 days by PCR. If we are talking about treatment outside pregnancy, then further research is carried out within 3 menstrual cycles, it is better before menstruation or 1-2 days after its end.

Men are considered healing if during the 1st month after the end of treatment with various methods (microbiological, PCR) cannot be revealed to ureaplasm.

Transferred infection does not cause persistent immunity, so if only one partner is treated, there are cases of re-infection.