The main cause of mortality of patients with AIDS - tuberculosis. At the same time, the traditional diagnosis (mycobacterium selection of sputum) is ineffective. Read about the alternative method of diagnosing tuberculosis. 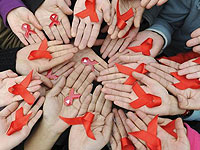 In the framework of activities confined to the World AIDS Day, BD (BECTON, DICKINSON AND COMPANY) — World leader in the market of diagnostic systems for microbiological research, helping to identify a wide range of infectious diseases, — Attracts the attention of specialists and the general public to the problem of HIV-associated infections, first of all, — Tuberculosis.

The main cause of death mortality is Tuberculosis (TB). The increase in the share of patients with TB and HIV infection has a significant impact on the epidemiological situation on tuberculosis in Russia in recent years: in 2012 in the Russian Federation, the proportion of HIV / TB patients among the firstly identified patients with tuberculosis amounted to 10.7%. At the same time, the incidence of the permanent population of the Russian Federation tuberculosis in combination with HIV infection increases (in 2009. — 4.4 per 100 thousand. population in 2011. — 5,6, in 2012. — 5.9 per 100 thousand. population).

The reason for this is a number of features of the development of tuberculosis in HIV-infected, complicating timely diagnosis. HIV-infected tuberculosis infection, falling into blood, spreads through the circulatory system and falls into various organs (lungs, abdominal organs, central nervous system, bone tissue, cornea of ​​the eye, DR.), hitting them. With this development of the disease, the usual methods of diagnosis, namely, the release of mycobacteria from sputum, ineffective. The process of detecting tuberculosis in such patients is quite complex.

In two thousand years abroad, an alternative diagnostic method was studied — Cultural blood study on tuberculosis mycobacteria. This method allows you to diagnose the disease in cases where the spelling of sputum does not give results. In 2012-2013. In the Leningrad region, the first study was conducted in Russia, which makes it possible to compare the effectiveness of the detection of tuberculosis in HIV-infected patients.

The last 5 years in the Leningrad region there is an increase in morbidity and mortality from HIV-associated tuberculosis (4.8 times) against the background of a two-time reduction in the main statistical indicators on tuberculosis: morbidity and mortality (by 19.4% and 58%, respectively). There is an increase in the share of patients with a combined disease of HIV / TB among the first time identified patients with 3.5 times. In parallel, the risk of infection of TB transmitting air-droplet, other groups of the population.

In the Leningrad Regional Anti-Tuberculous Dispensary, a comparative diagnostic study of the discharge of mycobacteria of tuberculosis (MBT) was carried out from the discharge bodies and MBT organs from the blood in patients with HIV infection. As a result, it turned out that sowing blood on mycobacteria gave a positive result of 1.8 times more often than sowing sputum.

The most effective study of blood on MBT in the later stages of HIV infection (63% against 22% in the study of sputum). In the early stages, the traditional method is preferable (14% vs. 2%). With the generalized and disseminated form of the MBT tuberculosis, the most common (40% and 18%) was sized, with infiltrative tuberculosis, a sputum study is more effective (14% vs. 3%).

Sowing blood on mycobacteria in HIV-infected patients today is widely used in the world. This technique makes it possible to make a diagnosis more quickly and accurately «tuberculosis» In the late stage of HIV, appoint adequate therapy and begin treatment of the disease. According to the Regional Business Director BD Diagnostic Systems in Eastern Europe, Middle East and Africa Igor Friedman, «Cultural blood test for tuberculosis with the help of the BACTEC (BACTEC FX or BACTEC 9050) system (BACTEC FX or BACTEC 9050), carried out comprehensively with the study of sputum, makes it possible to diagnose HIV-associated tuberculosis and conduct effective treatment with the sensitivity of MBT».

The results of the study conducted in the Leningrad Regional Anti-Tuberculous Dispensary, are particularly important in the light of the decree of the Government of the Russian Federation on the financial support of measures aimed at preventing and treating tuberculosis of October 28, 2013. According to the main phthisiatra of the Ministry of Health of the Russian Federation, Irina Anatolyevna Vasilyeva, this initiative suggests that the situation with the diagnosis and treatment of HIV-associated tuberculosis will improve. «The problem of identifying and treating tuberculosis in HIV-infected patients is one of the key not only for doctors: it is socially significant. Tuberculosis — The infection transmitted by air-droplet is a threat not only for patients with HIV infection, but also for HIV-negative people. Two diseases — HIV and Tuberculosis — There are powerful mutually influence, so the most important task today is the timely detection of tuberculosis in HIV-infected patients. This requires modern techniques that allow you to significantly accelerate the identification of the causative agent of the disease and begin treatment», — She said Irina Anatolyevna.

In a situation of achieving a rational balance in the expenditure of the dedicated funds between the diagnosis and acquisition of drugs, the quality of treatment will increase, the survival rate of HIV-infected patients will increase, and in addition, the expenses of the state for treatment will be reduced due to rapid and high-precision diagnostics. But the most important thing is: being a highly contagious disease, tuberculosis is dangerous for all groups of the population. Therefore, in the timely diagnosis of the disease, ultimately, all residents of the Russian Federation.