What causes an intestinal wand

Escherichiosis - a disease caused by an intestinal wand, quite similar to other intestinal infections. How to recognize the disease?

Currently, it is believed that the main cause of sharp diarters in most countries of the world and the most common cause of traveler diarrhea is the intestinal wand, which has the ability to attach to epithelial cells of the mucous membrane of the small intestine and produce one or more toxins causing diarrhea. Entry-oxide intestinal wand causes lightning cholera-like diarrhea in adults in the countries of South and Southeast Asia, but in other countries of the third world, it usually causes less severe, spontaneously permitted forms of diarrhea. 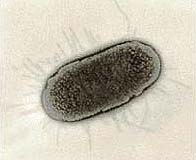 The incubation period (the period from the causative agent of the disease to the first manifestations of the disease) is usually 24-72 hours. The manifestations of the disease are very diverse: from lightning cholera-like syndromes, often found in persons living in the Indian subcontinent, to a more easily flowing Mexican form, accompanied by moderately pronounced water diarrhea (diarrhea), intestinal colic and sometimes insignificant increase in body temperature, which are more affecting well-being patients than pose a threat to their life.

Less than half of the patients with diarrhea caused by an intestinal wand begins vomiting, which rarely causes severe dehydration (dehydration). The introduction of the pathogen occurs in the small intestine. Endotoxin (toxin released by cell death is inside the cell) of the echurchius causes pronounced toxic damage to the intestinal mucosa.

Forms of the disease

Eschhericiasis can occur in the following clinical forms:

In children, the intestinal forms of escherihiosis proceed sharply, vomiting appears, the body temperature rises (38-39°C), the stomach will be taken, chair up to 10-12 times per day, liquid with mucus. Heavy forms are characterized by: chair up to 20 times a day, watery, foaming with admixture of mucus, sometimes with streaks of blood. Temperature of the body rises to 39-40°C, the appetite is missing, the child is restless, the skin's pale skin, blood pressure is lowered; Marked weight loss.

In adults, a disease caused by the earsech, is reminded by the flow and clinical symptoms of acute dysentery. It occurs more often in the erased and light shapes, less often (15-20%) meets medium and heavy (3%) forms. False defecation urges are less common than with dysentery. Liquid stool with admixture of mucus, in some patients with blood. When palpation, except for spasm and colon pain, the symptoms of enteritis - soreness in the umbilical area, a rough rump with a palpation of a blind intestine.

The diagnosis is established on the basis of bacteriological research of feces (detection of the pathogen in feces).

With light formats of escherichiosis in adults, it is possible to restrict ourselves to the restoration of the water-salt balance of the body (treatment of dehydration), as well as the treatment of dysbacteriosis (violation of the normal, natural composition of microorganisms in the intestine). Approach antiwheat, antiharya drugs, drugs that reduce temperature.

Forecast in adults and children older than the year are favorable, the most difficult disease occurs in children of the first half of life.