No one knows why there is an esophagus cancer arises. But there are factors that increase the risk of its occurrence, and knowing them can try to prevent disease. And prevent always better than treat. Although the methods of treatment of esophagus cancer are also not small.


What factors contribute to the development of esophageal cancer 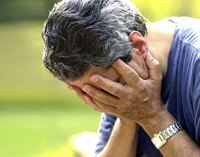 Some risk factors that can contribute to the development of esophagus cancer.

Floor. Compared to women, men are sick of the esophagus cancer 3 times more.

Race. African Americans are 2.5 times more often sick of the esophagus cancer compared with the white-skinned population, although the reason for such a difference is not clear.

Tobacco. The use of tobacco products (cigarettes, cigars, smoking tubular tobacco and chewing tobacco) is the main risk factor of the esophagus cancer. The longer a person used tobacco, the higher his risk of developing this type of cancer. The risk of esophageal adenocarcinoma is 2 times higher in smoking one and more cigarettes per day. More than half of the cases of flat-stacked esophageal cancer connected with smoking.

Barrett's esophagus. This condition is associated with a long-lasting cast (reflux) of the liquid content of the stomach in the bottom of the esophagus. Some patients at the same time complain of heartburn. Many people have no symptoms. Barrett's esophagus is a risk of developing adenocarcinoma.

Eating very hot food Presumably leads to an increase in the risk of esophageal cancer.

Environmental factors. For workers dry dry cleaning, exposed to perchlorethylene and chemical vapor, the risk of esophageal cancer is increased.

Swallowing alkali. Alkali is a chemical applied both in industry and at home. This substance can damage and destroy cells. Children who have found alkali and swallowed it have an increased risk of esophageal cancer when adult is reached. Cancer occurs on average 40 years after swallowing alkali.

Ahalasia. In this disease, the ability to relax the smooth muscle sphincter in the lower departments of the esophagus is disturbed. As a result of this food and liquid, it is difficult to fall into the stomach and are stored in the esophagus, leading to its expansion and 6% of the sick ahalasia develops a flat-cellular cancer.

Keratodermia (Tilez). This is a rare inherited disease leading to the excess formation of the surface layer of the skin on the palms and soles. It is assumed that the mutation of the chromosome gene 17 is responsible for keratodermia in some patients with esophagus cancer. In people with this disease there is a very high risk (40%) of the occurrence of esophageal cancer, so they need to early and regularly conduct an examination, including endoscopy.

Grooms esophagus. The protrusion of the esophagus wall in its lumen leads to difficulty ingesting food. This condition may occur in people with various genetic anomalies (language, nails, spleen and other organs). In this case, 1 out of 10 patients with this syndrome as a result develops a flat-bellic cancer of the esophagus.

People with high-risk factors, for example, patients with keratodermia (tile), should be regularly exposed to endoscopy with biopsy suspicious pieces of the mucous membrane of the esophagus and follow-up under the microscope.

If there is a sick esophagus, Barrett Endoscopy and biopsy should be performed (on various recommendations) every 2-3 years or 5 years. In case of detection of dysplasia (modified, but not tumor cells), the examination must be performed annually.

If a pronounced dysplasia has been revealed, then doctors usually recommend removal of part of the esophagus or the entire organ, taking into account the general condition of the patient. This is due to the fact that the risk of esophageal adenocarcinoma is very high or the tumor already exists, but has not yet been detected. Forecast in such patients relatively favorable.

Such a tactic allows diagnosing cancer in the early stages, which has a positive effect on the results of treatment.


How to detect esophagus cancer: symptoms and diagnostic methods

Most patients with esophagus cancer are detected after the appearance of symptoms of the disease. However, often symptoms arise in the later stages, which adversely affects the results of treatment.

The most frequent symptoms of esophageal cancer

Problems with swallowing (dysphagia). This is the most frequent symptom of the disease. The patient has a feeling of food stuck in the chest. With such a situation, the tumor, as a rule, is already occupied by half of the enlightenment of the esophagus. Solid food in the form of bread and meat is stuck in the esophagus and does not pass in the stomach. People with dysphagia usually switch to softer and even liquid food to relieve swallowing.

Pain. In rare cases, pain in the middle of the chest or sensation of compression or burning can be signs of esophageal cancer. However, these symptoms may be caused by something else, for example, heartburn. Pain during swallowing usually talks about the widespread tumor process.

Slimming. Almost half of the patients with esophageal cancer notes weight loss due to the insufficient number of food consumed due to problems with swallowing. In addition, some patients are reduced appetite.

Other symptoms. Fucking, IKOTA, inflammation of the lungs and a high level of calcium in the blood are usually late signs of esophageal cancer. However, these symptoms may be caused by other diseases.

In the presence of symptoms, allowing to suspect the cancer of the esophagus, it is necessary to undergo a survey.

Contrast X-ray study with Barium is carried out, as a rule, at the initial stage of the survey. The method allows you to identify changes in the mucous membrane of the esophagus, including the tumor.

Endoscopy. At the same time, a flexible tube with a light video camera is introduced into the esophagus at the end. In the event of a tumor detection, part of the fabric for microscopic examination is taken. If the tumor narrows the clearance of the esophagus and prevents the passage of food, the opening of the esophagus can be expanded. In addition, during the study, the question of the tactics of the patient's treatment is resolved.

Computed tomography (CT) makes it possible to determine the prevalence of the process, which helps to develop an operation plan.

Endoscopic ultrasound examination helps to find out the degree of esophageal damage and develop a surgical approach to the treatment of the patient.

Bronchoscopy allows you to explore the trachea and bronchi to clarify the degree of propagation of the esophagus tumor.

Positron-emission tomography (PET). With this method, radioactive glucose is introduced into the vein. Tumor tissue quickly accumulates glucose, which can be seen on a special device. This study allows you to identify tumor foci outside the primary affected organ and helps to determine the stage of the disease.

Toracoscopy and laparoscopy make it possible to detect tumor lymph nodes in thoracic and abdominal cavities, as well as take pieces of fabric for microscopic examination. The information received is important for the development of the patient's treatment tactics.


How to treat esophagus cancer: operation or therapy

For the treatment of patients with esophageal cancer, various methods are used, including operation, radiation therapy and chemotherapy. Other methods, for example, palliative treatment, are used to relieve pain, but do not affect the tumor itself.

The choice of treatment method depends on the stage of the disease and the general condition of the patient. With each method of treatment, side effects are possible, which the doctor must be informed.

Operation. The volume of operational intervention will depend on the stage of cancer and the state of the patient. Operation can be applied in combination with other methods of treatment, such as chemotherapy and irradiation. Two main types of surgery are used: esopheatectomy (removal of the esophagus together with nearby lymph nodes with the subsequent connection of the remaining part of the esophageal with stomach) and esophagastomy (removal of the lower esophageal department and the upper stomach department together with nearby lymph nodes). At the same time perform the compound of the esophagus with the stomach.

Chemotherapy. Chemotherapy itself can not heal the patient from the esophagus cancer, if not used in combination with irradiation or operation. From the side effects of chemotherapy, you need to mention nausea, vomiting, the loss of appetite, baldness, the formation of an ulcer in the mouth, increasing the likelihood of infections, bleeding, fatigue and shortness of breath. Most side effects pass after the completion of treatment.

Radiation therapy. This method is applied to destroy tumor cells or reduce tumor sizes. Only irradiation, as a rule, does not make it possible to completely cure cancer. Therefore, it is used in combination with operation and chemotherapy. This method makes it possible to facilitate the symptoms associated with violation of swallowing, pain, etc. From the side effects of radiation therapy, you can specify the skin changes, the disorder of the chair, the increased fatigue, shortness of breath.

Photodynamic therapy (PDT). Usually applied when recurring (return) of the esophagus cancer after radiation therapy. Hurry-free chemical substance introduced into a vein and accumulates in tumors. Then, through the endoscope, a special laser beam is impact on the tumor. The laser beam turns the introduced chemical in a new compound capable of destroying cancer cells. At the same time, negative impact on healthy fabrics minimal.


Life after treatment: what you need to know

If, after completing the treatment, you have any symptoms, for example, a swallowing disorder or pain in the chest, you need to immediately consult a doctor.

After treatment, a regular examination is carried out by the state of the upper gastrointestinal tract using barium and computed tomography with the aim of early detection of the recurrence (return) of the tumor. Early revealing recurrence will help ease many symptoms and will have a positive effect on survival.

Ecophageal cancer is often associated with weight loss and weakness due to swallowing. Doctor's Tips will help solve this problem.

If you smoke, a very important step is to crack smoking. As a result, you will have an appetite and a general condition. In addition, smoking rejection will reduce the likelihood of a new type of cancer.