The effects of polio - «memory» For life

The effects of poliomyelitis are difficult to predict with a certain clarity. One can argue absolutely accurately that the vaccination of ADCs and polio, whose vaccination is included in the national immunization calendar - is the links of one chain in the fight and protection against heavy, unpredictable infectious diseases. 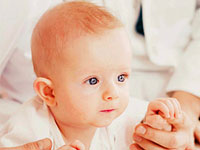 Disease virus meets everywhere — in the air and on earth. It is known from very long time when the vaccinations from polio was not and temperature, fever, runny nose, cough, redness of the mucous nose and the throat did not cause such a serious concern. The disorder of the chair and urination, pain in the muscles and even their paralysis, shortness of breath and suffocation with a violation of swallowing, then have not yet been associated with the consequences of the disease, since it has not yet learned to identify, because many enteroviruses and herpes viruses cause similar defeats. The causative agent of infection may be released through the mouth and then the infection will occur with air droplets, and may — Through the patient's feces and then the path of transmission of the virus fecal-oral.

The consequences of acute infectious poliomyelitis 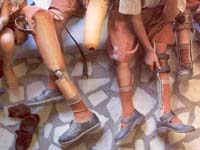 The clinic of hazardous infectious disease is extremely severe, not to mention the consequences of polio, especially with the damage to the spinal cord, when the paralytic form of polio, steadily leading to the disability of the patient of varying severity or even death in the development of the parallers of the respiratory muscles. Upon completion of acute manifestations of the disease, there is a replacement, decrease and scarring of spinal cord cells, which helps to reduce its size and development of muscle atrophy, after which the resistant limit of the motor abilities of the arms and legs remains. The non-paralytic form of the disease occurs more often, proceeds somewhat easier, with common nonspecific symptoms and usually ends with recovery. A favorable outcome in this case provides comprehensive treatment: massage, course of therapeutic physical education, the use of special orthopedic devices.

Vaccification ADC and vs polio

The first preventive vaccines appeared in the world in the mid-50s of the last century, when in some countries the disease literally accepted the scale of the state disaster. Kids aged 2-3 months do not get sick at all while protected immunity derived from the mother. Repeated cases after the suffering disease and vaccination by the Institute of Poliomyelitis them. M. NS. Chumakov were not marked, which once again notes vaccination from polio, as an effective form of a system of protection against severe illness. If the vaccinations of DC and «polio» As the diagnosis is not marked in a child's outpatient map, with the necessary and mandatory immunization, there is no guarantee that one of the most severe infectious diseases that can affect people of any age will not affect your baby.

The role of the Institute IM. M. NS. Chumakov in the prevention of the disease 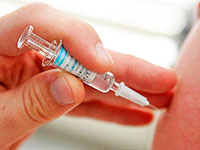 Institute of Poliomyelitis from the moment of its foundation engaged in problems of viral infections, and today an enterprise producing a vaccine for the prevention of acute viral disease is operating at the production base of the scientific institution. The main task that this scientific institution solves is to study and assist in implementing, according to the national calendar of preventive vaccination, mandatory immunization of the population. Vaccination from polio, the temperature that sometimes occurs should not scare parents, it is carried out in the prescribed manner three times, starting from 3 month old child after 45 days. The prevention system also includes revaccination activities, which are also conducted using polio vaccination. Temperature after immunization is regarded as the correct reaction of the body for the introduction of the vaccine and the usual concomitant circumstance.

Employees of the scientific-practical institution did not remain aside and joint efforts together with American scientists on the basis of the Institute of Infectious Poliomyelitis began to produce a vaccine, so necessary for the prevention of the disease. Inactivated vaccine is introduced 3 times intramuscularly and contains a dead virus killed by formalin. Live vaccine begins to enter the child orally from the age of one and a half years in the form of droplets on candy or dragee. Vaccination provides protection in the form of persistent lifelong immunity.