Home›Urology, nephrology›Folk methods of treatment: rosehip and lemon with urolithiasis

Folk methods of treatment: rosehip and lemon with urolithiasis

Urolithiasis - a chronic disease that causes patients with a lot of suffering. In attempts to get rid of the attacks of the strongest pains in the course, there are a variety of funds, including popular methods of treatment of urolithiasis. For example, the use of rosehip and lemon when urolithiasis has a completely scientific basis.

Urolithiasis, or urolithiasis, manifests itself by the formation of stones in the kidneys, urinary tract or bladder. The reasons for the development of the disease are not fully clarified, but it is believed that it is based on the predisposition to the violation of metabolic processes, the so-called diathesis. In general, urolithiasis — This is not a separate kidney pathology, this is the disease of the whole organism.

By nature, the stones of the urinary tract are three main species: the urates, formed from the salts of uric acid, oxalate, in which the salt of oxalic acid, and phosphate acid, consisting of phosphoric acid compounds.

Among the factors contributing to the stone formation, the acid-alkaline state of urine plays a considerable role. And if the urine of a healthy person has a weakly acidic medium, then in a patient with a urolithiasis that does not take any drugs, and not using any folk methods for the treatment of urolithiasis, urine can be too acidic or vice versa alkaline.

Interestingly, urine acidity to some extent determines the composition of the stones. Alkaline medium predisposes to the formation of insoluble salts of phosphoric acid and phosphate stones, very acidic — to sowless stones, weakness — To urate. At the same time, the pH of the medium changes when the nature of nutrition changes, the use of certain products and liquids. It is on this fact that the use of lemon and a rosehip with a urolithic disease. Treatment with these folk remedies allows you to influence the chemical processes occurring in the urinary tract, to prevent the formation of new stones, destroy and output existing concrections. 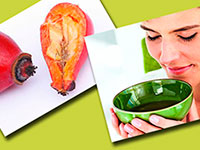 People's methods for the treatment and prevention of urolithic disease Rosehip implies mainly the use of plant fruits along with seeds. Rosehip Fruits contain a huge amount of vitamin C, i.e. ascorbic acid, which is absorbed in the intestine, then highlighted by the kidneys, acidifying the formed urine and makes it difficult to fall into the precipitate. Especially useful rosehip during phosphate stones, «preferring» Alkali environment and urabular concretions formed in a weakness environment.

It has been established that in the rosehip contains 50 times more «Ascorbinki», than in lemon, and 10 times more than in black currant berries. No wonder the fruits of the plant are used for the production of vitamin preparations.

In addition to vitamin C, the rose rose fruit includes a set of organic acids, vitamins B, r, k, e, flavonoids, pectins, tannies, carotenoids that strengthen vessels, stimulate immune defense, have a beneficial effect on the exchange processes, have a diuretic and anti-inflammatory effect.

To prepare a hamberry decoction you need:

Slightly dispersed the dry fruit with a knife or a wooden pestle and fill them with boiling water, close the dishes with a lid and boil 5–7 minutes. Then remove from the heat, let it be broken for 2–3 hours and straighten liquid. With urolithiasis, treatment with folk remedies implies the reception of the beam 2-3 per day at half a cup. 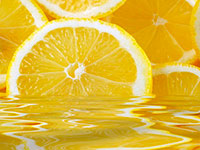 The use of lemon — Highly efficient method of urolithium therapy. Treatment with folk remedies implies its use in the form of juice and entirely together with the leather containing no less useful substances than the flesh. The composition of Lemon comes with a complex of vitamins B, R, D and, most importantly, a lot of vitamin C. Lemon acidifies urine, prevents the formation of phosphate and urates, strengthens the bloodstands of the kidneys, prevents renal bleeding, has a diuretic, antimicrobial and anti-inflammatory effect.

Since the lemon juice contains a large amount of acid that negatively affects the enamel of the teeth, drinking it better through the straw. If there are problems with digestion, it is better to consult with a doctor about other, acceptable folk methods for the treatment of urolithiasis.