Home>Diseases of the ear, nose and throat (ENT)>How we hear

Diseases of the ear are quite diverse. However, they can lead to a reduction or loss of hearing. Let's find out how we hear and what is rumor

How does the ear 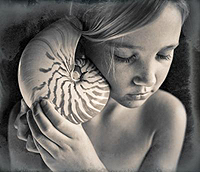 In order to enable us to perceive sounds inEach of us has receptor system, mechanical and neural structures, interconnected. The ear works by the receiver. Distinguish the outer, middle and inner ear. Outside perceives sound waves, which amplify the middle ear and the inner subsequently transmits impulses to the brain. The mechanism of hearing is an action of the auditory analyzer.

Hearing analyzer has a complex structure. The outer ear is the external analyzer department. It consists of the auricle and the external auditory canal and is a curved channel from 2.5 to 3 cm in length. The auricle is formed by an elastic cartilage and has the ability to shrink. It moves into the ear canal, and ends on the external surface of the tympanic membrane. At the outer ear has two functions: to capture sound waves and then carry them to the eardrum, ear canal protection from dirt and dust. The last feature is possible due to the complex structure of the ear.

Ear person is able to determine the sourcesound, its size and remoteness. This ability is called binaural effect. The closer to the ear is the source of the sound, the faster it gets into the ear, ie the smaller the distance overcome. The distance between the ears is approximately 21 cm, and the sound entering into both ears, characterized in strength over time and oscillation sound receiving each ear. Because sounds perceived by the ear volume, binaural effect allows you to select any particular sound source among several, as well as its angular displacement in the horizontal plane, and it is possible even with strong noise. The accuracy of the moving sound source is 4 °.

Concha transmits sound vibrationsair for sound-conducting system of the middle ear, spliced ​​with it - the auditory ossicles. This system reduces the amplitude of oscillation and simultaneously increases the strength of the sound, and the movement of the eardrum is increased 20 times. Muscles involved tympanic cavity during sound transmission through the inner ear, and then to the perilymph. Muscular system tympanum prevent partial loss of audio due to the transition from the air into the liquid medium perilymph. 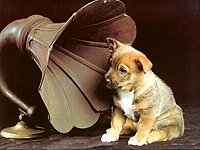 Hearing threshold can be measured. audiometry method consists in the fact that a person determine the difference between the two signals - the weakest sound without interference and the standard note that is played device designed to determine the threshold of hearing. If a person can determine the volume, altitude, and the timbre of the sound, it means that he has an ear for music. Music listening is an absolute, relative and internal. Under perfect pitch means the ability to identify the absolute height of musical instruments sounds and do not compare them with the standard sound of a note. The ability to identify musical intervals and the difference between the heights of sounds - the sound is relative. Remember the quality of sound, melody and consistency - the inner ear.