Home>Endocrinology>Symptoms of hypoglycemia in diabetes

Symptoms of hypoglycemia in diabetes

Symptoms of hypoglycemia may occur withoverdose of insulin. you know, the more intensive therapy with insulin, the more likely to develop hypoglycemia. It is important to know the symptoms of this condition, to make it in time to see a doctor. 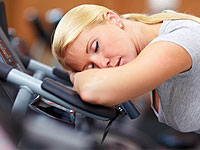 Worried fatigue, weakness,headache, dizziness, trembling of the hands and the body, excessive sweating? What is the reason the appearance of such symptoms, which may cause hypoglycemia? First of all, it should be noted that the reduction in blood glucose levels below 3.5 mmol / l and a sign of hypoglycemia is a pathological condition which requires immediate attention.

Mechanisms of hypoglycemiavaried, depending on the severity of symptoms distinguish the different periods of the disease - mild hypoglycemia, and severe or severe hypoglycemic coma.

Alcoholic hypoglycemia can occur as aafter receiving portions substantially alcohol and a small dose fasted. In medical practice marked hypoglycemia, which came as a result of autoimmune diseases, disorders of the pituitary gland or the adrenal gland, surgery on the stomach between meals. A special variant of this syndrome occur in babies of the first year of life when consuming foods containing fructose or galactose.

The causes of hypoglycemia can become dehydratedorganism, its occurrence is marked with significant malnutrition and exhaustion deficient in fiber, minerals and vitamins. It is noted the appearance of the symptoms of hypoglycemia in diabetes in the case of overdose of insulin and drugs that reduce blood sugar: the more intensive insulin therapy, the more likely the risk of lowering blood sugar. Besides hypoglycemia can occur when the body unusual exertion, intravenous administration of saline, the presence of tumor, hormone deficiency in menstruating women, the critical failure of any organ such as the liver, kidneys, heart.

Hypoglycemia is familiar to athletes, particularly those involved in bodybuilding and is concerned about the growth of muscle mass, sins using steroids and insulin.

The body reacts immediately to dropthe concentration of sugar in the blood increased function of the adrenal glands and release adrenaline, which stimulates the release of sugar from the internal reserves of the organism, which compensates for the condition of the patient. When severe hypoglycemia glucose deficiency in brain tissue causes the inevitable confusion, headache, and weakness. Such a condition can be mistaken for drunkenness, it is accompanied by disorder of view, followed by convulsions and coma. Most often, a long stay in a deficit of glucose leads to irreversible changes and damage to brain function. Glucose - the main source of brain cells of energy, so it is so sensitive to the drop in blood sugar.

Symptoms of hypoglycemia in diabetes: what to do? 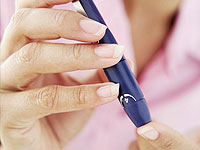 Diabetics who receiveinsulin, familiar with the signs and symptoms of hypoglycemia. It is known that light and heavy signs of hypoglycemia are well stoped taking glucose. Fast effect can be achieved by applying a pure glucose pharmaceutical formulation in tablets or 10-20 grams of rapidly absorbed carbohydrates, such as sucrose, but not fructose. The patient is unconscious can not offer a solution of sugar and very sweet tea, coffee, juice, which rapidly eliminate hypoglycemia is likely - it will be 40% of intravenous glucose, or glucagon. With tendency to hypoglycemia often it is up to 6 times a day, eat smaller portions, and the introduction of insulin is required to have a snack before bedtime to reduce nocturnal hypoglycemia, preferably products containing "slow carbs". Self-monitoring of blood glucose concentrations for diabetic patients is carried out daily by the meter. Evening digits sugar concentration should not be below 5.7 mmol / l in order to avoid the danger of nocturnal hypoglycemia, which requires prevention of the evening insulin injection after 22 hours. Patients with diabetes to prevent hypoglycemia should always have with them the meter and the "food first aid kit", which includes a few pieces of sugar, candies, tablets pure glucose, a bottle of sugary drink or fruit juice, biscuits, or a sandwich, and going on a long trip - definitely vial of glucagon and a syringe.