Home>Eye diseases (ophthalmology)>Save a good vision for a lifetime! What is the key to success?

Save a good vision for a lifetime! What is the key to success?

Anyone who wants to maintain healthy vision atlong years. A modern lifestyle is associated with increased eye strain: working on a computer, exhaust fumes, intense exposure to ultraviolet radiation, improper nutrition, stress, smoking, alcohol, increased coffee consumption - all this puts our eyes under extra strain and impaired vision. How to keep this priceless gift - sight?

"Of all the senses the human eye has always been recognized the best gift and the wonderful work of the creative forces of nature."
H. Helmholtz 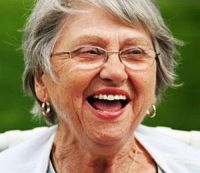 Seeing is a gift. No one will argue with this. Anyone wants to maintain healthy eyesight for years to come. A modern lifestyle is associated with increased eye strain: working on a computer, exhaust fumes, intense exposure to ultraviolet radiation, improper nutrition, stress, smoking, alcohol, increased coffee consumption - all this puts our eyes under extra strain and impaired vision. According to various statistics, up to 80% of people have certain vision problems by age 60.

How to keep this priceless gift - the vision? Proponents of a healthy lifestyle will say: "You have a lifetime to eat right, engage in physical exercise, give up bad habits, and then health will continue!". And what about those who have the rhythm of life did not allow to properly take care of your health?

Carotenoids - group of substances from yellow tored-orange color, which unites about 600 molecules. Of these, the most studied is the β-carotene pigment yellow carrots. Lutein and zeaxanthin are relatively less known xanthophylls (so-called carotenoids, which have in the molecule at least one oxygen atom) forming in the human retina, the macula - the place where the carotenoids in the body as much as possible. The human body can not synthesize carotenoids, so their intake of food is directly linked. In human blood contains significant quantities of carotenoids 6: α- and β-carotene (carrot), β-cryptoxanthin (from citrus fruits), lycopene (tomato), lutein (spinach) and zeaxanthin (from corn). However, only lutein and zeaxanthin are transported to the retina, where they form the yellow macular pigment or macular xanthophyll. The content of other carotenoids in the retina slightly.

Being outside of the photoreceptor lutein andZeaxanthin improves visual acuity and sensitivity. Lutein and zeaxanthin are the so-called "internal sunglasses" retinal photoreceptors inside they bind active forms of oxygen and thus reduce damage to sensitive tissues by free radicals.

Thus, lutein and zeaxanthin are important in maintaining the health of the macula. 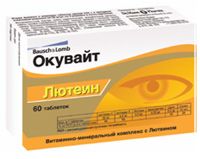 There is a relationship between known factorsAMD risk (eg, age, smoking, poor diet, cardio - vascular diseases, obesity) and a decrease in macular pigment density. Thus, people having at least one of these factors should increase posuplenie lutein and zeaxanthin in food. It is shown that at constant reception Okuvayt® Lutein increases macular pigment density. This reduces the risk of developing AMD.