According to statistics, menopause occurs in womenan average of 52 years and a half. However, there are cases when menstruation ceases in 38-40 years. This phenomenon is referred to as premature menopause or early menopause. What causes this disease? It tells the candidate of medical sciences, the highest category doctor, gynecologist, endocrinologist Olga G. Krasnov.

Question №1. What could be the cause of early menopause?


Question №2. What are the problems faced by women in early menopause? How does it affect their health?

Once the climax came early, respectively, and all the negative
moments inherent in menopause also begin earlier. varies
skin structure, it becomes less elastic and less elastic,
change and hair and nails. A woman can start to gain weight 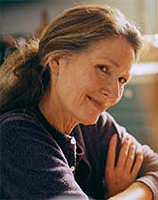 or vice versa,
lose weight. Change blood biochemistry, contributing
the development of atherosclerosis, coronary heart disease, myocardial infarction. There are changes in the state of bone tissue is accelerated reduction of its density process.


Question №3. What treatments used in such cases?

Given the variety of changes in the body, treatment of early menopause -
multidisciplinary problem and requires the participation of different specialists -
neurologist, endocrinologist, cardiologist, or other trauma.
However, the most effective method of treatment is replacement
hormone therapy, when a woman is appointed by the drugs
preparations containing a ovarian hormones that are lost
body. Hormone replacement therapy reverses symptoms climacteric
syndrome: hot flashes, hot flashes, mood instability, and
It warns all those metabolic disorders which are associated with menopause
- Atherosclerosis, osteoporosis, urogenital disorders.

Previously, such a woman was prescribed symptomatic therapy for each
item, for each complaint, and as a result there is a whole list
drugs. This list it created additional stress.

With hormone replacement therapy is compensated by that function,
violation of which led to all of this set of problems. I.e
method treats not the symptoms, and the mechanism of injury.

Today
we can not give a woman synthesized drugs, and natural
estrogens that are being recognized and easily digestible by the body,
compensate for lost ovarian function.


Question №4. What can you say about the preventive measures early menopause?

With regard to prevention, it would have to start already with period child bearing. All stressful external factors should be excluded, lifestyle pregnant should be the most favorable.

We must try to ensure that the number of infectious diseases that
accounts at the girl for a year of life was minimal. To do this,
temper the child to feed him. It is important to respect,
time to get up, go to sleep, to eat properly. Extremely important
period puberty. In that period
is hard work to establish communication between the centers that
regulate the function of a woman's ovaries. Therefore it is necessary to minimize
possibility of stress.

Stress - is when a teenager, for example,
It is in a state of chronic fatigue, psychological
tension against excessive loads.

The American Association of gynecologists-endocrinologists held
studies have shown that: for a sufficient prevention of disorders
bone condition the woman must have four times a week
30-40-minute load. It can be swimming, jogging, aerobics.
Very important in this period It is becoming
balanced diet. In order to prevent atherosclerosis
diet should prevail fats of vegetable origin,
Recommended dosage of calcium should be less than one gram per day.
Enough sleep, exercise, proper nutrition - these words sound
corny, but in fact all of these recommendations should be implemented. it
It does not require a woman nothing but their own efforts.