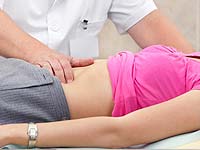 Unfortunately, removal of the gallbladder atgallstone disease is not always possible to talk about full recovery. After cholecystectomy remains a possibility of stone formation, often a dysfunction of the sphincter of Oddi - bagasse, regulating flow of bile from the bile duct into the duodenum. Parallel to this, there might be difficulties allocation pancreatic juice, which leads to digestive disorders. Pathology of the gall-sharing affects the state of the intestinal microflora and stimulates bacterial overgrowth, in 10-30% of patients after surgery developed postcholecystectomical syndrome (PHES) or, as is more correct, sphincter of Oddi dysfunction.

Postcholecystectomical syndrome - symptoms that can not be ignored

How does postcholecystectomical syndrome? The number one symptom is pain that occurs in the classic version on the right in the hypochondrium and accompanied by the phenomenon of dyspepsia, ie nausea and even vomiting.

With the development of such diseases as postcholecystectomical syndrome, the symptoms depend on the nature of disorders of the sphincter of Oddi.

Attacks of pain in PHES may be weakly and stronglysevere, lasting on average 20 minutes, often triggered by the reception of fatty foods and alcohol, may develop during the night hours. On PHES to say if pain occurs continuously for three or more months after operation and can not be connected to other concomitant illnesses.

That in addition to the pain accompanyingposthodetsistektomichesky syndrome? Diagnosis of this condition always involves assessment of digestion, because the second leading PHES complaint of patients with gastrointestinal disorders are in particular irritable bowel syndrome and inflammatory processes of its mucosa.

Irritable bowel syndrome is manifestedrecurrent pain and discomfort in the abdomen, bloating, diarrhea or constipation, fecal urgency, feeling of incomplete bowel evacuation and other unpleasant sensations.

Overgrowth of the intestinal bacterial flora accompanying PHES, leads to the development of duodenitis, enteritis, colitis. 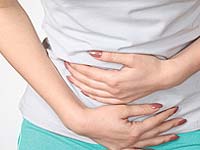 In addition to the evaluation of the clinical picture of the disease such as postcholecystectomical syndrome, diagnosis of this condition includes laboratory tools and hardware methods.

Biochemical analysis of blood shows signs ofdisorders of bilirubin metabolism and pancreatic pathology. In biliary type PHES there is an increase of bilirubin in the blood, with the pancreatic type - increases the activity of pancreatic enzymes, and laboratory signs PHES most pronounced in the first 6 hours after the pain attack.

To clarify the nature of the pathology conductedprovocative tests. Ultrasound of the abdomen reveals the expansion of the bile ducts, increasing the diameter of the pancreatic duct, particularly clearly during the dynamic observation after load breakfast.

An important element of non-invasive diagnostic PHESa CT scan of the gastrointestinal tract, including invasive diagnostic methods occupies a special place endoscopic retrograde cholangiopancreatography. The most informative in terms of the evaluation function and the state of the sphincter of Oddi manometry is considered to be direct, but not all clinics have similar capabilities.