The patient question - whether the "raise" the immune system need?

We so often hear "immunity fell," "immunityweak. " Along with this many sources assure us that the drug "for immunity" ineffective or even harmful. We're so easy to talk about the reasons, not knowing the essence of the phenomenon. Let us try to understand all the same.

What you need to know briefly about immunity?

And now let's talk about this in more detail.

Unified body's defense against infection and allalien we provide two inextricably related systems operating simultaneously, each performing its defined-ing function which give us what we call a word "immunity".

Immune system - congenital and acquired sometimes perform the same tasks, but in different sequences and at different speeds.

The protection against infection leading role played by the innate immune system, which leads zapus-com acquired and its subsequent operation.

The innate immune system is different from the acquired?

We are born with innate immunity. Innate immunity - that is what unites us, is absolutely identical in each of us works and does not change from birth to death.

Acquired immunity is sterile at birth,if I may say so. It is formed and "getting stronger" after exposure to pathogens and after vaccination (yes). He is gaining his "antigenic background," as we would say doctors immunologists. As the "meetings" with pathogens and vaccines produced memory cells and antibodies.

Acquired immunity - this is what makes us different from each other, we are all "armed" in different ways.

For more information on immunity and the mechanism of its action can be found here - "Just about the complex - everything you wanted to know about the immunity."

How do we protect ourselves from infections?

Any individual pathogens or any of their structure,to get to the intestinal mucosa, nasopharynx, lung, or trapped inside the body "caught" by phagocytes. Phagocytes (from the Greek phagein, «eat» and «-cyte», cell.) - It is known to all of us, neutrophils, monocytes and tissue macrophages, the number of which we define in the general analysis of blood.

Phagocytes, standing guard over all foreign,absorb the agent was digested and removed. That is "triggered" first line of defense - innate immunity. He and his cell takes on most of the "attack" of the microbial world.

If the "elimination" of the pathogen has not occurred, then the turn of a thin and long adjustable second line of defense - acquired immunity, ending the formation of antibodies and memory cells.

To get rid of the disease,necessary treatment aimed at combating the cause - pathogens (viruses, bacteria, microbes). For the treatment and prevention of further "repetition" of the disease is needed, "normalizer" immunity, which helps restore the body's defenses. These tools include, for example, drug Likopid 1 mg.

Why is the disease coming back?

If the disease to blame "pathogens", then who is to blame for the fact that the disease regu-larly return? To find the cause, you need to answer a few questions.

Each item in this list indicates"Immune deficiency" or acquired immunodeficiency. Under the guise of different from each other, but often repeated infections hides one common reason - the failure of the body's systems.

The key to recovery - in the treatment of

Therefore, recurring diseases do not make an unambiguous conclusion about the ineffectiveness of a drug.

By itself, the therapy may be effective inDue to the lack of adequate response YOUR immunity. However, realizing the importance of immunotherapy, many people mistakenly start to perceive immunokorrektiruyuschie drugs as a panacea for all ills, having lost confidence in the fear of anti-viral drugs or antibiotics. And as a result of trying to recover only one immuno-modulator, and sickly people do not get the desired result.

The key to solving the problem lies in the treatment of: a pathogen is fighting a drug designed to fight the cause of the disease and allows the reception of immunomodulators

Your immunity to give an adequate response to external aggression and to defend themselves from it in the future.

How can we assess the effect of immunomodulators?

The result is important. We can evaluate the effect of treatment only when we cease to disturb frequent colds, sinusitis, we forget the word "tonsillitis" and frequent herpes. Only then we will feel that immunomodulators "work".

But to evaluate how a particular drug works effectively as possible, not only on their own experience, for this purpose there are clinical studies.

The drug is clinically proven effectiveness are most likely to help the pain-majority of patients.

The purpose of clinical trials is the Safety and efficacy of reducing the incidence of and exacerbations of chronic diseases in the application of the immunomodulatory drug in the complex therapy.

The main criterion of efficiency - the frequency of episodes of illness and exacerbation of chronic diseases in a year after the treatment with the immunomodulator and the use of placebo.

The results of these studies led to a significant reduction in morbidity within one year after the course of immunotherapy. 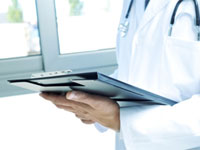 The results of clinical trials of the drug Likopid 1 mg in children and adults.

So, if you have any doubts, you canask and find information on the clinical trials of a drug, and not blindly believing the promises of advertising or slaboargumentirovannym, and sometimes even anonymous materials, walking on the internet about the effectiveness of a drug.

If the drug is clinically proventhe effectiveness of its mechanism of action is thoroughly studied, and its safety reliably tested, the effect of therapy does not take long and you will be able to break the chain of disease.