Home>Narcology>Smoking: 10 factors, which everyone should know

Smoking: 10 factors, which everyone should know

Why in all civilized countries, peopleHe quit smoking, and more lights in Russia? Because our people do not know the whole truth about the dangers of tobacco, according to specialists, while in the West, this powerful prevention programs work. Even among doctors we smoke 70%, in the United States - only 2%.


Do you know everything about the true scale of the dangers of smoking? 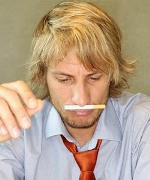 Smoking - leading preventable factor thatIt affects the health of the population of developed countries. And moreover - on public health in developing countries. The fight against smoking in developed countries encourages cigarette manufacturers to look for new markets. Tobacco companies have invested nearly $ 2 billion in the development of the production of cigarettes in Russia - 5% of all foreign investments in the Russian economy after the collapse of the USSR. This money allows corporations to influence short-sighted politicians, but do not make the country richer.

If people did not smoke, life expectancymen in Russia would grow by 6 years, and women by 3 years. This is without considering the non-fatal effects of smoking. Tobacco companies do not want the number of smokers to be reduced, and therefore bribe politicians and scientists, deceive the public and hide the truth about tobacco: a classic example is the trial that followed the exposure of studies funded by tobacco companies to hide the true extent of tobacco harm.

Tobacco kills smokers. It is the only product that when used as directed, even in small doses, a negative impact on health. Satisfying your cravings to smoke, smokers die 10 years earlier. The decrease in life expectancy does not increase its quality, which is reduced even with little experience of smoking by reducing physical fitness, fatigue, poor health, other diseases.

Smoking reduces the potency. In addition to green phlegm, yellow skin, bad breath and bad teeth tobacco is the cause of many diseases and shortens life. Smoking caused at least 90% of the cases of lung cancer, 15-20% of other cancers, 75% of cases of chronic bronchitis and emphysema, 25% of deaths from cardiovascular disease.

Smoking is injurious to health and kills people aroundsmoker. Side stream smoke emitted by cigarettes is tightening, 4 times carcinogens (danger in terms of cancer) and harmful smoke drawn through low combustion temperature. In this regard, passive smoking almost a half less harmful than active. Passive smoking reduces life by an average of 5 years. In Russia, many children live in smoke-filled apartments, many occupations (waiter, bartender) linked to passive smoking daily.

Smoking is injurious to health and kills children. Smoking before and especially during pregnancy, breastfeeding significantly harms the health of the child, as well as increases the risk of several diseases throughout his life. The risk of neonatal death is increased in smokers is about 2 times, and even for those who "sometimes indulges cigarettes" - at least 10%. Smoking with children increases their risk of developing nicotine dependence and later - Smoking with all its consequences.


Tobacco dependence, from which it is difficult to get rid

Smoking is highly addictive,comparable in strength to heroin. According to a study conducted by one of the world's largest tobacco companies (Imperial Tobacco, 1989): "Within 6 months 43% of smokers have tried to quit smoking, but only 1.8% is possible. Up to 72% of women who stopped smoking during pregnancy resume smoking after giving birth. Start smoking again after surgery 50% of patients with lung cancer and 40% of patients with cancer of the larynx. "

The majority of smokers want toquit smoking. And in the long term if there is a supportive environment, and in some cases, qualified medical help to quit smoking, you can (not always the first time, and not always easy). In some countries, where there are such favorable conditions, quit smoking for nearly 40% of smokers.


Safe tobacco does not happen

The impact of "light", "mild" cigarettes and otherHealth is no different from any other cigarette, it is only a thin tobacco companies marketing ploy aimed at deceiving smokers. Compliance with quality standards (for example, guest), presence of filters and tobacco processing does not affect its harmful as smoking man himself dispenses smoke, get a large number of harmful substances due to more frequent and deeper puffs. Anyone who speaks of a safe and high-quality cigarettes in the context of health, or ignorant, or (and this happens more often) working for the tobacco companies.

Cigarette manufacturers immoral and cynicalmisinform consumers. Tobacco advertising and other marketing moves are aimed not at attempt to divide the market to competitors, and to increase at the expense of women and children, market size (as the number of male smokers is already close to the maximum). Halo adulthood and masculinity around smoking - a method to make our children smokers.

Glamour, elegance, subtle menthol cigarettes- Way to increase the number of smokers. Tobacco companies first learned about the dangers of smoking and the dangers of passive smoking, that is not a safe cigarette, and concealed these facts. Moreover, they are trying to divert the discussion towards the financing of research in the field of ecology and bribing scholars. In particular, the representatives of the research office INBIFO, created by the company "Philip Morris" in Germany, stated that passive smoking is not harmful to health, and claimed that the whole thing in a hostile environment. At the same time their own reports, declassified in trials, indicate that the side stream smoke due to lower combustion temperature of tobacco is several times more carcinogenic than the smoke actively inhaled by the smoker.

Tobacco companies mislead and scarepublic economic consequences of struggle against smoking, such as a decrease in tax collection as a result of increase in excise taxes on tobacco products. All studies evaluating the economic impact of tobacco control, showed that an increase in excise taxes on cigarettes in the budget are going to a greater extent. This is because the demand for cigarettes is not elastic, that is only a small reduction in their demand occurs with an increase in cigarette prices. In Russia, the tobacco lobby successfully manipulating the tax system. Why tobacco companies are so afraid of raising taxes on cigarettes?

The answer is simple: Cigarette price increase limits their availability to children and adolescents, from which the volume of the market in the country in the near future depends. Higher cigarette prices are also valid, because through them smoke cover state expenses related to their own reduced working capacity. Reduced disability smokers is due to smoking breaks, and due to illness and premature death, as well as the high cost of treatment of diseases caused by smoking, slow down economic growth.

tobacco companies' argument (Report A.D. Little, on the order of "Philip Morris", 1999), relating to the fact that smoking reduces the need for pension provision due to earlier mortality, has been recognized not only immoral, but also wrong. Smoking costs the economy an average of 13 times more expensive than the savings on pensions. Healthy generation of people of retirement age is not only performance, but also makes a vital contribution to the production of non-material values ​​such as caring for grandchildren. In addition, smoking damages the health of people to the retirement age and even children, including the unborn.

Marketing moves extremely tobacco companiessophisticated. This advertising and entertainment sports and colored glossy magazines, the distribution of cigarettes in the streets, indirect advertising in the movies. Programs to inform children about the dangers of smoking actively carried out in schools by the tobacco companies under such slogans as "Smoking - the choice of an adult." And what child does not want to grow up as soon as possible? Tobacco companies intimidate the owners of restaurants that the smoking ban would reduce traffic and thus reduce profits. However, even smokers do not want to sit in smoke-filled rooms. A ban on smoking in bars in Ireland and Norway, contrary to all expectations, has led to an increase in profits.

The tobacco companies contend that smoking - ithuman right to make choices. Ask your smoking friends if they would like to quit smoking ... Ask them if they started smoking in the first inconscient adolescence. Ask them what they know about the dangers of smoking at the time when they started smoking. Ask those who live nearby, whether it is pleasant to breathe cigarette smoke and see cigarette butts under my feet.