Home>Nerve disease (Neurology)>Holiday strokes: how to protect themselves from adversity?

Holiday strokes: how to protect themselves from adversity?

Could there be a season of such disease,as stroke? It turns out, it may have! With the onset of summer work stroke, particularly in older people, occur more often than in the cold season. Why? How to protect yourself from this scourge? On this article.

With the beginning of summer the number rises sharplyfood poisoning, and it is clear: heat promotes the growth of bacteria in food. But can there be a guarantee for all such diseases as stroke? It turns out, it may have! With the onset of summer activities and all summer long stroke, particularly in older people, occur more often than in the cold season. 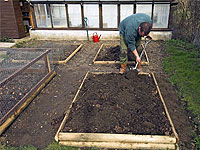 That brain catastrophe somehow connected withwork in the country, is quite understandable. Imagine yourself living man calm life of six months, not particularly tense, except that the store goes so for a pension. And here begins the holiday season: plowing beds, planting, weeding, watering, hilling, fumigation and there is something else - the list is almost endless. Dorval to earth mom, dad, grandparents cling to everything, forgetting about the weak heart, "bad" blood vessels, hypertension and other chronic ailments. If you add heat, hard physical work in the slope, it becomes clear why gardening zeal often ends in a hospital bed. And that's if you're lucky, or if you are close neighbors to notice that something was wrong and will cause an ambulance.

Strokes are divided into hemorrhagic and ischemic. In a hemorrhagic stroke occurs rupture of a blood vessel and bleeding into the brain in ischemic nerve tissue suffers from a lack of oxygen, because it brings the artery sharply narrowed due to atherosclerosis or clogged by a blood clot.

Bleeding in the brain usually occur on the backgroundhigh blood pressure, excessive physical and mental stress in a holiday "holiday". Ischemic strokes are often preceded by thickening of the blood coagulation and increase its capacity, which leads to the formation of blood clots. Summer heat in any case, and during exercise is doubly increases sweating and fluid loss. Vacationers, working tirelessly, often forget to drink water, not to mention the fact, to hide from the sun in a cool place and get some rest. As a result, dramatically increases the risk of stroke.

This threatens the stroke in the first place?

In Russia, stroke is the second leadingadult mortality causes. Every fifteen minutes someone of our compatriots happens cerebral accident that in the absence of timely assistance in 80% makes the person an invalid depth. At risk is not only the elderly: the doctors say that the disease is getting younger, so pay attention to their health have all in recent years, even young people.

Who is at risk?

My head hurts, the hand is taken away

Stroke can not be attributed to the boomingdiseases: Since the beginning of the functional change to complete death of brain cells extends from three to six, and it is released at the time, to save the person and prevent disease in his turn "vegetable".

What signs indicate oxygen starvation of the brain?

What to do when the signs of a stroke? 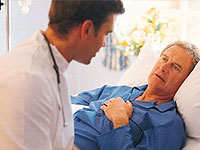 An urgent need to call an ambulance or independently to deliver the patient to the nearest medical facility.

How can I help the patient while waiting for the doctor?

Attention! Do not otpaivat patient hot tea, hoping to offer alcohol to cope with a headache and sudden weakness. After three to six hours of brain tissue dies, and the consequences will be irreversible stroke.

How to protect yourself and loved ones from a stroke at the cottage?