Home>Oncology>Causes and symptoms of brain and spinal cord tumors

Causes and symptoms of brain and spinal cord tumors

In this article you will learn about the causes and symptoms of the brain and spinal cord tumors.


Tumors of the brain (spinal) cord

Tumors of the brain (spinal) cord - is a progressive intracranial education, destroying or compressive brain tissue and leading to disruption of vital functions.

Hitherto the problem of tumor growthgeneral and tumors of the nervous system in particular, has not been solved. It is known that the essence of the process is in violation of immune surveillance, the cause of which may serve a variety of internal or external factors. The disease develops slowly, imperceptibly for the patient and requires a visit to a doctor is already in an advanced stage, when it is not possible to have a radical rescue.

In the analysis of the life and history of illness of patientsYou can find an indication of the craniocerebral trauma, infections, intoxication, prolonged chronic stress disorders, physical and mental overload, however, the direct connection with the beginning of tumor can not be established.

The only established risk factorEnvironment is radiation. In previous years, children with tinea capitis caused by a fungal infection, radiation therapy is used in low doses.

Subsequently, this led to an increased risk ofof brain tumors. Currently, most brain tumors caused by irradiation of the head over the other types of malignant tumors.

There is speculation that exposurevinyl chloride (a colorless gas, which is used in the manufacture of plastic products), aspartame (artificial sweetener) and electromagnetic fields of mobile phones or high-voltage transmission lines may be accompanied by an increased risk of brain tumors.

It is known that nerve cells do not proliferate, andbecause the parent (spinal) cord or peripheral nerve trunks are exposed to strong pressure, germination or destroy tumor tissue that grows from the bone structures, meninges, and nerve, vascular or elements that make up the structural basis of brain tissue. Thus, tumors can be divided into the intracerebral and nemozgovye. 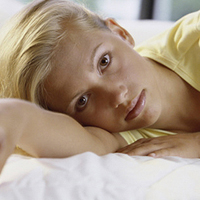 Clinical characteristics of brain tumorsrepresented by two groups of symptoms. This focal symptoms of brain or spinal cord, caused by compression or destruction of certain areas of the brain tissue, and cerebral symptoms, developing on the background of increased intracranial pressure.

The tumor progresses slowly and gradually. In the early stages of the disease of the brain and spinal cord function completely preserved. This compensation can be extended to the second phase, when the first signs of decompensation, the disorder of blood circulation in the affected area, or increased intracranial pressure. The patient has mild headaches, non-systemic dizziness, weakness, fatigue, decreased ability to work. In connection with the progression of tumor growth, the disease enters into the next stage - there is a weakness in the limbs, may the life of seizures, visual disturbances, hearing, taste, smell, marked memory loss, deception of perception, agnosia (misrecognition), apraxia (impaired motor skills) , a breakdown of planned activities and so forth.

The next step is forming a clearneurological symptoms defeat the right or left hemisphere of the brain, the cerebellum, or spinal structures. Are identified right- or left-sided paralysis of limbs, speech, writing, numeracy, weakening of control over the pelvic functions. If it affects the spinal cord structures is increasing weakness in the legs, it changes the sensitivity, there is a violation of urination, delayed stool.

In parallel with the increase of focal symptomsthere is an increase in intracranial pressure - the patient is enhanced headache that becomes a night and morning in nature. The patient tries to use a high pillow, get up early in the morning to get rid of a headache. There heaviness in the head. Nausea, vomiting, slow heart rate, increased headaches when tilted head down, when jumping, running, climbing stairs. It appears "blurred" vision, a sense of "vatnost" in the ears, decreased work capacity and memory.