Home>Psychiatry>Aerophobia: how to overcome the fear of planes

Aerophobia: how to overcome the fear of planes

Aerophobia - a very common diagnosis. Can you cope with a fear of flying? 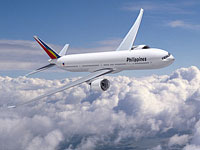 Why in the airports a lot of drunk people? Is it only because they celebrate the beginning of the holiday? Unfortunately, most of them are simply afraid to fly. Not everyone knows about his intense fear of planes, but subconsciously seek to stifle it. And if one helps the wine and whiskey in the airport bar, while others can survive the flight only with sleeping pills. Still others go on very drastic measures - flatly refused to fly. How to overcome fear of the aircraft and did not indulge in any great vacation in distant countries, or in business trips, providing career growth?

What is the fear of planes?

The main reason for the fear of flying - the lack of information about the aircraft and the persistence of myths transmitted by word of mouth. For example, about air pockets, turbulence and old planes.

The truth is that the aircraft - the safest modetransport. When the plane crashes and people die, this event immediately gets into the press, its details are discussed for several days or even weeks. And all because the crash - an event out of the ordinary.

In a year in air crashes around the world die 500human. For comparison: in car accidents in the world each year are killed 1.5 million people. Only the media have little interest in ordinary traffic accident, if the dead - ordinary people.

If we had every night on the news heardcolorful stories about the thousands of victims on the roads, we would never have sat either behind the wheel or in the passenger seat. But we prefer to ignore the danger of the vehicle and inflate the danger of aircraft. Just because we know about planes less than about cars.

And in fact, widespread fears of aircraft based solely on ignorance and misconceptions.
For example, turbulence: when the plane starts to shake. Do you panic when the car in which you are traveling, shaking on rough roads? Probably not. Exactly the same thing - Samoletnaya turbulence. This is a "potholes", not only on the road and in the air. They are as natural as the potholes on the uneven pavement or rustic dirt road.

Or take the fear of noise, which publishes the aircraft. Yes, sounds change. Not least because that the aircraft need to get up to speed on takeoff and then stabilize it. At this moment the noise of engines varies. Or when the plane comes in to land: it is necessary to reduce the speed, turn and start to perform other actions, to taxi to the runway.

With regard to aging aircraft, this notionpurely subjective. Before each (!) All the flight capabilities of the aircraft thoroughly inspected. Mechanics, aircraft carried out a complete diagnosis performance engines, wings, landing gear, instruments and everything that can affect the flight. Even if the aircraft made three flights for today, before each team gives the airport the pilot light is green. Without the permission of experts "of iron" aircraft are not allowed to take passengers. This is the reason the long wait of the aircraft at the terminal.

How to overcome fear of the aircraft? 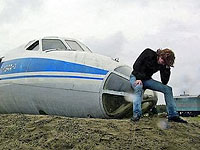 If statistics, talking about aircraft safety, you are not convinced, it is time to seek help. But there is something you can do yourself.

Of course, if the usual mention of someone else's flightcausing your nausea, palpitations and a desire to hide under the covers, you will help the specialist. Aerophobia - thoroughly studied fear and psychotherapists huge arsenal of tools that guarantee a cure for panic attacks.

If, however, you can make other people's stories aboutairplanes, but avoid thinking about your own flight, you can try to cope with his own phobia. The main rule - gradually. Start by examining aircraft pictures, read stories of people on the internet for travel, study the entire process of preparing the aircraft to receive passengers.

After that go to the airport. No need to buy a ticket and the flight experience itself. Stay audience: watch the takeoff and landing aircraft, take pictures, write all the feelings that arise in your process. Over time you get used to the fact that hundreds of thousands of people and land safely, meet with relatives.

When you feel that calm look onlanding planes, begin to plan your own trip. Give yourself a time (as needed) to get used to the idea that you ascend the stairs to the salon, sit in a chair, take off, will read, eat, look out the window, and then landed softly and exit at another airport. Imagine yourself in the air as many times as you need to have stopped pounding heart and sweating palms.

Now you are ready to buy a ticket.

You can also watch the video about the causes and current treatment aerophobia.