Is there a cure kleptomania? What makes people steal? The answers to these questions can be found in the article.

"For me the devil sits, which makes me steal," - admitted
young guy, kleptomaniac thief involuntarily. Indeed, when kleptomania
man run irresistible impulse (mania), and he steals without
purpose of profit or revenge.

Immediately prior to the commission of the theft, he feels an increased
tension in the body, which is replaced immediately after relief or
even pleasure. As a rule, then he has a sense of guilt and
remorse for the offense. But not easily affected by the theft of
that robbed him sick. The thief should be punished for his act - who will understand what causes theft?

It is unlikely that in this country there are precedents when a thief, especially adolescents
and young people who first came to thievery make it possible
pass expertise to kleptomania. Unless, that is would be a kleptomaniac
relative of an influential or wealthy person.

When recently I come home after a session with a young kleptomankoy and included
TV, was pleasantly surprised by the coincidence: on the first channel was
transfer of kleptomania. Unfortunately, the transmission ended, and I was able to
only to see the end. But I was struck by the fact that she did not give
Kleptomania is no hope of salvation from their plight. 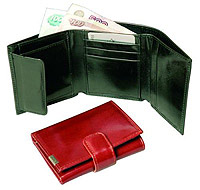 At the end of the program showed how the two unfortunate young
students kleptomania courageously fighting with his "criminal"
illness, supporting himself that were watching each other on the stage,
so that, God forbid, one of them stole something in a store.
After this final telecast, of course, I conclude that
transfer is not lit very important thing that I had to say, in most cases kleptomania treated quickly and easily!

And there is also a very important thing that I must say: kleptomania is not treated with medication - can help only psychotherapy!

Kleptomania usually develops between the ages of 5-8 years on the background
minimal brain dysfunction, most often after psihotravm. She can
occur in waves, when symptoms wax and wane. Somebody
from kleptomania steal only certain things (watches, buttons,
hairpins, lipstick, bicycles and so on. d.). Some "specialized" on
products, especially for sweets. Some are attracted to shiny things
or they're taking everything that is bad. If kleptomania is not treated,
they tend to go to prison. Many believe the disease
social, but it is not so. Among kleptomania often found
Children from affluent, wealthy, and the wealthy families.

Unfortunately, the theme of kleptomania poorly understood. In literature
you can often find a link to the incurability of the disease, which breaks
the fate of people, making them criminals. Police officers and those who
working with difficult children, most of them put theft only
blame the parents, environment, without taking into account that it can
It is a disease, and therefore, a trouble, not the fault of a small child or
teenager. Growing up, these people are often unable to adequately assess their
actions fall, become repeat offenders.

However, there are some of kleptomania, which can be a lifetime
podvorovyvat quietly. If they are the target of theft, for example,
buttons, books, pens or some insignificant trifle, small
the amount of money that they can avoid a prison sentence. Some very
intelligent young people from wealthy families suffering
kleptomania may involve dependent friends and acquaintances to
theft, justifying their actions a desire to be "cool" to get
adrenaline and even defy it, due psihozaschitnymi
mechanisms. They are often justified by the fact that among the
kleptomania have known foreign pop stars and movie.

Here are two typical examples kleptomania teenagers who got rid of
his unusual and, fortunately, fairly rare disease, which is
indicate two-year follow-up (any resemblance to anyone
were they are random).

Boy 10 years. He started stealing at age 6, when his father died. His father died in
a drunken brawl in front of his son. Prior to that, the boy was a witness of family
scandals. Before stealing the scene he remembers his father's murder, his body
strained, filled with resentment, "magnetizes" and
"Magnetized" hands stretched themselves beyond the selected thing. After stealing
voltage drops, the body "demagnetized", resentment gave way
guilt and shame, hiding stolen thing.

Girl 13 years. It steals from 6 years old, after his parents divorced. At first
He is stealing all that fall, but then it became a "pull" to jewelry
(Gold items). Before you reach for jewelry, girl
I felt an extraordinary joy, and then heard the voice of his eldest
friend: "Take earrings (money, etc.)," ​​I feel strong cramps
body, and her hands "attracted" to the selected object. After stealing it
I hid the stolen thing, just her body calmed, appeared
guilt.

Of course, in the affluent families, where there is no need to steal in order to
not be hungry and naked, parents are shocked theft
their children, trying to shame them, to punish, to hide from all this
problem behavior until it fails, not knowing what to do with it.
The punishment of these children does not solve the problem of kleptomania, conversely,
enhances its appearance and leads to even greater neuroticism,
aggressiveness.

Instead of punishment, blame and shame, we must try
understand the motives of behavior of children and adolescents, boys and girls, are prone
to theft. You can help your loved ones suffering from kleptomania,
for them to find the right therapist.
As the experience of working with kleptomania, kleptomania with the problem can be overcome for 1-5 sessions.