The mountains are beautiful, mountain air - carries health, buthere and lie in wait for the danger. Too many people, being in the mountains, faced with acute mountain sickness. A severe form of this disease is a high-altitude pulmonary edema, and talk about it in this article. 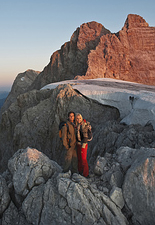 Many of us, being in the mountains, in one way or anotherdegree of feeling the symptoms of acute mountain sickness - "gornyashka" to the lexicon of climbers. For some, the "altitude ceiling" may be very low - altitude sickness symptoms appear already at an altitude of 2000-2500 m Other feel quite comfortable even with fast rise to 3000-3500 m Why depends on the development of acute mountain sickness and its severity,.. as well as the presence of such serious conditions such as high-altitude cerebral edema and pulmonary?

According to the currently accepted definitionInternational Society of mountain medicine for acute mountain sickness understand a painful condition that occurs when climbing above 2500 m above sea level. its main symptom is headache, accompanied by one or more symptoms: disorders of the gastrointestinal tract function (loss of appetite, nausea, vomiting), dizziness, sleep disorders (insomnia, intermittent restless sleep), fatigue and weakness. As you can see, all symptoms of altitude sickness are highly subjective, it is sometimes difficult to recognize this condition and its differentiation from other diseases that may occur or worsen in the mountains. In cases where the above symptoms appeared after 3 days stay at an altitude of 2500 m and there is no headache, but a state with a decrease in the height does not improve, it is likely, it is a different illness - a disease of the nervous system, infections, intoxication, etc. .

To prove is the fact that the acute mountaindisease usually develops in people who are overweight. Increased physical activity, chronic infectious process, hypothermia, lack of fitness also contribute to more rapid development of mountain sickness.

The first harbingers and symptoms of altitude sicknessIt arises when conditions of oxygen deficiency in the body's organs and systems it had not yet or no longer able to maintain normal supply of tissues with oxygen. In response to hypoxia, which occurs during inhalation of air with lowered partial pressure of oxygen in very small vessels (capillaries), pulmonary blood pressure increases, which promotes the exit of these blood components and the development of edema in the lung tissue. pulmonary edema syndrome, representing the final stage of development of a mountain disease is life-threatening condition that requires immediate descent down the victim, and medical intervention.


High-altitude pulmonary edema: what to do

In severe forms of acute mountain sickness, sometimessuddenly, can develop blood stagnation phenomena in the pulmonary circulation and pulmonary edema and congestive heart failure. Symptoms of pulmonary edema usually appear 2-3 days exposure to high altitude. First, there is shortness of breath at rest, blue lips and nasolabial triangle, hemoptysis, subsequently joined by coughing with pink frothy sputum (fluid accumulates in the pulmonary alveoli). The patient tends to assume a sitting position, the body temperature may rise. At an altitude of 2700 m altitude pulmonary edema rate is 0.0001% and increases to 2% per 4000 m. The risk factors are lifting speed, the load when lifting, and after it, and male gender, young age, and individual susceptibility.

The only way to combat edema syndromelight is immediate descent and oxygen inhalation. Descent of even a few hundred meters may lead to improvement. The victim must be given semi-sitting position (if he did not take his own), put under the tongue nitroglycerin tablet and hips impose venous harnesses so that they overlay below the palpable pulsation of the arteries. This will create a blood depot in the lower extremities and prevent its return to the heart.

Re nitroglycerin may be given after 20 minutesno more than 3 times. Intramuscular must enter 2-3 vials of furosemide. No medication manipulation should not be deferred to the descent down! Pulmonary edema can quickly develop on the background of inflammatory airway diseases (tonsillitis, pneumonia), so the appearance of signs of human need to lower down, at the same time providing symptomatic relief medication.

The best prevention of development of acute mountaindisease and the development of high-altitude pulmonary edema - a gradual climb and speed acclimation. According to current recommendations for a day climb must be not more than 600 m from the place last night. With a view to preventing drug use is shown acetazolamide (diakarb) (Table 0.5-1. 2 times a day), the reception of which must begin 24 hours before ascent and continue for 2 days after lifting to the height. Note that acetazolamide - a diuretic drug, so it should not surprise frequent and copious urination with his hand. I would also like to emphasize that taking diakarba only recommended in cases where the fast will rise to a height of over 3,000 m. To prevent mountain sickness and edema can take dexamethasone at a dose of 2 mg every 6 hours under the above scheme. 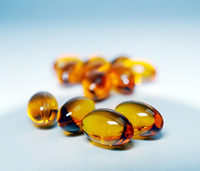 Speaking of prevention, not to say impossible tovitamins. One of the most important is ascorbic acid (vitamin C), which has antioxidant properties, ie. E. Reducing the accumulation of oxidized products of metabolism that occur during hypoxia. The daily requirement under normal circumstances it is 70-100 mg, and for acclimatization dose appropriate to increase several-fold. Apart from ascorbic acid, tocopherol have antioxidative properties (vitamin E) and lipoic acid. The study proved the effectiveness of prophylactic administration of these preparations, as follows: vitamin C (500 mg), vitamin E (200 mg) and lipoic acid (300 mg) was given twice a day for 3 weeks prior to the rise in high-altitude area and within 10 days stay on top. Participants who took this combination, suffered less from the manifestations of altitude sickness, also have improved digestion.

We should also mention the very means which"We have been with you," and that is not very experienced and climbers often use to deal with the "mountain illness." Austrian researchers conducted a study specifically: Does the use of low doses of alcohol effect (corresponding to 1 liter of beer) on the course of altitude sickness. It was found that at a height of over 3,000 m, even in small doses, alcohol decreases respiratory rate, and as a consequence - blood oxygen saturation. Therefore, consumption of alcoholic beverages in the alpine zone should be banned!