Home›Diseases›Treatment of the cysts of the teeth

Treatment of the cysts of the teeth

Diseases
by admin
Sometimes the pain appears even in a healthy tooth. Gums are covered with guns and every sip of food becomes torture. But even with such symptoms, people do not always run to the dentist, first take a handful of painkillers, then check on all the folk methods. And when it is already very bad, go to the doctor where they are diagnosed - the cyst of the tooth. 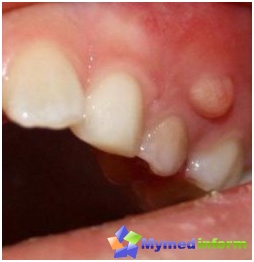 Cyst translated from Greek means «bubble», It appears on the tooth as a protective reaction of the body to infection. It all begins with the fact that bacteria penetrate in the root canal, which provoke inflammation, it, in turn, kills infected cells and then space is formed in the cavity of the jaw. And to isolate healthy cells from the dead, the body forms a dense sheath in the cavity, and call it. Inside the capsule is inflammatory liquid. The size of the cyst is different: from a few millimeters to centimeters. Education up to half centimeter in diameter is called granuloma. You can only see it using an X-ray apparatus. The picture will be dark ovally stain, which has clear and smooth contours. Usually, cysts are on the root of the tooth or on the coronal part does not cut the tooth.

Cysts are divided into types according to the location and reasons for the occurrence. At the location, three cysts can be distinguished:

Based on the causes of the occurrence, all cysts are divided into:

Sources and symptoms of cysts 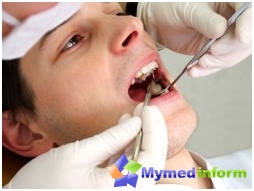 Sometimes the cyst is not developing slowly, but rapidly, and cause such a growth jump can deteriorate the general condition of the body. All his strength immunity tightens to the hearth inflammation and comes the time when he is just «Tired» fight. If at this moment the body does not help, then the epithelium will begin to grow and the volume of fluid in the bubble will be rapidly growing. Launched, not treated cyst always leads to disappointing consequences:

The most dangerous cyst is considered during pregnancy, at that moment it is difficult to detect it, since the X-ray can not be done. It is a danger to a child and mother. 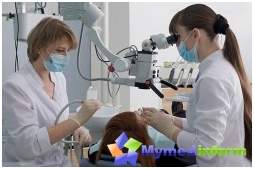 Today, the dentistry stepped down so long that almost all treatment methods are aimed at preserving the tooth. A few years ago with such a diagnosis tooth was deleted. Treatment depending on the severity of the state passes in two ways:

If the cyst was formed on the tooth of wisdom, then, as a rule, it is not preserved. 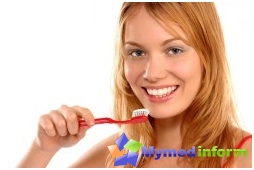 Nobody and nothing can cope with the physician, but if you have any reasons for the dentist, then traditional medicine has its own ways to get rid of cysts.

Treatment with folk remedies is better to be used as prevention, and with serious problems immediately go to the doctor.