Diseases
by admin
Many of us are familiar to the constant sensations of fatigue, breaking. This happens when buses, turbid days, modern rhythm of life do not allow a person to relax normally so that the body can restore his strength. However, these symptoms may indicate not only on chronic fatigue syndrome, but also on a more serious disease - Miasthenia.

Overview of the disease

Under the term «Miasthenia» Nervous muscular pathology is hidden, which is characterized by muscle weakness and constant fatigue, increasing when performing any works. The forces are returned after a person rested, but quite briefly. For the first time, the disease described in 1672 English Dr. Thomas Willis.

About the causes of occurrence 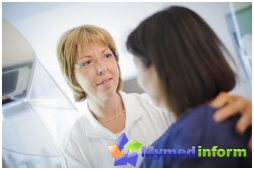 There is opinion among doctors that this is a genetic disease. However, at the gene level, it is not yet sufficiently studied. Scientists explore the mutation of the gene responsible for the activities of neuromuscular synapses. Already revealed two mechanisms for the development of myasthenia:

What can run these negative processes?

How the disease is manifested? 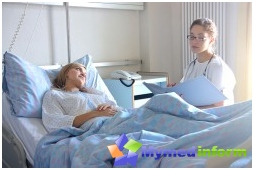 After inspection, the following methods help the doctor's diagnosis:

The main drugs used in Miasthenia are Kalimin, Galanamin, Prezero. They belong to the group of anticholinesterase products. Patients take them years, clearly following the dosage of the doctor, its recommendations relating to the Time Time. 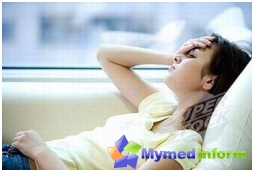 To increase the effect of these funds, potassium preparations are prescribed (potassium chloride, potassium-normon).

In serious cases, doctors prescribe hormone therapy (according to the prednisone or methipred) and cytostatics.

If a tumor of a fork gland is found, surgery (timectomy) is carried out.

During my asthenic crisis, the patient is in intensive care. It makes plasmapheresis, artificial ventilation of lungs, immunoglobulins are introduced, prozero ..

Suffering Miastenia can not be under direct sunlight (sunbathing), engage in heavy labor, taking tranquilizers, Panangin, magnesium preparations, neuroleptics, many Antibiotics, Miorolaxanta. Therefore, before taking some kind of drug, not appointed by a neurologist, it is necessary to clarify the doctor if it does not harm health. Such patients can be resting and recovery in profile sanatoriums. They are in Mordovia, Tatarstan, Buryatia, Altai, Stavropol, Krasnodar Territory ..

If the disease is rapidly progressing, it leads to disability. To preserve as long as possible quality of life, ability to work, it is necessary to constantly observe the neurologist, regularly fulfill all its prescriptions and recommendations. Medicines for such patients are released from pharmacy institutions for free, upon presentation of a properly decorated recipe.